French satellite operator Eutelsat and UK government part-owned OneWeb have signed a merger deal that values the latter at US$3.4 billion. The acquisition by Eutelsat will see the creation of a new company to compete in the commercial space race with Elon Musk’s Starlink and Jeff Bezos’s Project Kuiper.

OneWeb’s constellation of 648 low Earth orbit satellites – of which 428 are in orbit – will be added to Eutelsat’s own fleet of 36 geostationary orbit (GEO) satellites. A “common platform, hybrid terminals and a fully mutualized network” are all part of the plans to combine the two entities, according to a joint statement by Eutelsat and OneWeb. In a move to bolster OneWeb’s Gen-2 constellation, Eutelsat will suspend its dividend for two years to invest more funds into the satellite network.

The news comes 15 months after publicly listed Eutelsat acquired 24 per cent of OneWeb for $550 million and as satellite TV business declines in favour of connectivity services, slated to be worth $16 billion by 2030. Eutelsat hopes the deal, billed as a merger of equals, will help it become the “first multi-orbit satellite operator offering integrated GEO and LEO solutions”. It will compete with rivals such as SpaceX, which has more than 2,500 satellites already in LEO for its Starlink broadband constellation.

Eutelsat was not the only one scoping out merger opportunities with the British start-up. In 2017 Intelsat also attempted an acquisition of OneWeb – but this quickly fell through, after Intelsat’s bondholders refused to support the terms of the deal.

In contrast, the Eutelsat-OneWeb merger is supported by the majority shareholders in both companies: the UK government and Indian telecoms company Bharti Global for OneWeb, and the French state-owned investment bank Bpifrance for Eutelsat. All three are represented on the new “balanced board”, which will include Eutelsat’s CEO Eva Berneke and a chairman from each company: Dominique D’Hinnin and Indian telecoms billionaire – and founder of Bharti Global – Sunil Bharti Mittal. The companies will also be allowed to propose seven directors each to fill the other spaces on the new board.

As part of the deal OneWeb shareholders will receive 230 million newly issued Eutelsat shares, which will represent 50 per cent of the combined group’s share capital. The UK government – which bailed out OneWeb from bankruptcy in the US in 2020 – has also maintained a “Special Share” in the company along with other exclusive rights. These include the ability to refuse services to undesirable customers on the basis of national security, and a say on supply chains and launches. 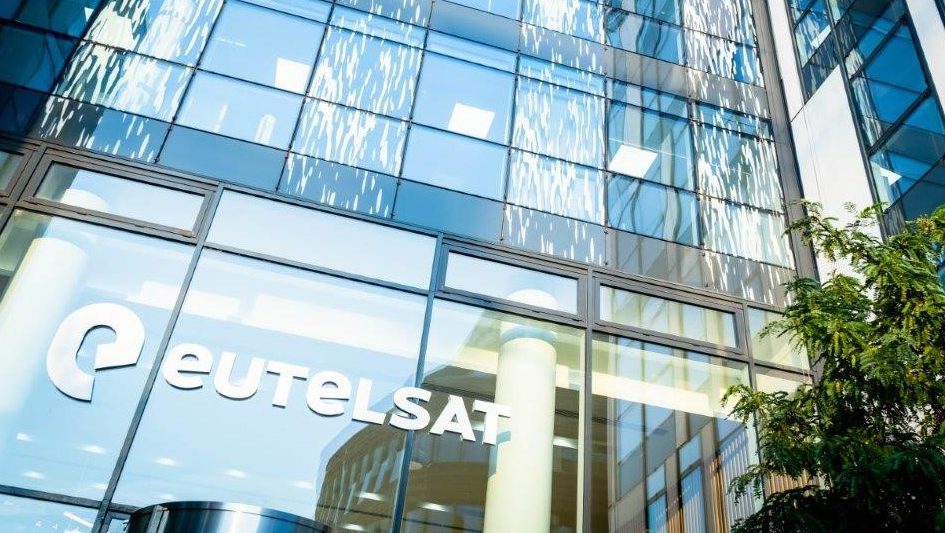 Both Eutelsat and OneWeb will keep their headquarters in Paris and London respectively, while Eutelsat plans to list the new merged group on the London Stock Exchange. Courtesy: Eutelsat.