When Seradata was offered an interview with Jean-Luc Maria, Co-founder and CEO Exotrail, we were intrigued, not least because we had already detected this up-and-coming French software and thruster firm on our “radar”. And we wanted to know more.

The Massy and Toulouse, France, based Exotrail is a newspace, start-up company developing their own line of miniaturised Hall-effect thrusters (HET) and mission design and operations software designed specifically for small satellites. Exotrail was officially founded in August 2017 by former space executives and space engineers with the purpose of developing and producing space mobility solutions (electric propulsion products as well as mission control software).

In September 2018, the company announced they had raised EUR€3.5 million in private funding, to continue development of their product and enable them to perform a test in space – then planned for the end of 2019. The company completed their Series A round of financing in July 2020. This raised EUR€11million (US$13m).  The Exotrail line of products consists of their “ExoMG – nano” and “ExoMG – micro” Hall-effect thrusters, and “ExoOPS – Mission Design” and “ExoOPS – Operations” software.

From its software, other opportunities have arisen. In February 2022, CNES selected Exotrail to complete a research and technology study to optimise the operations of mega constellations including station keeping and collision avoidance. 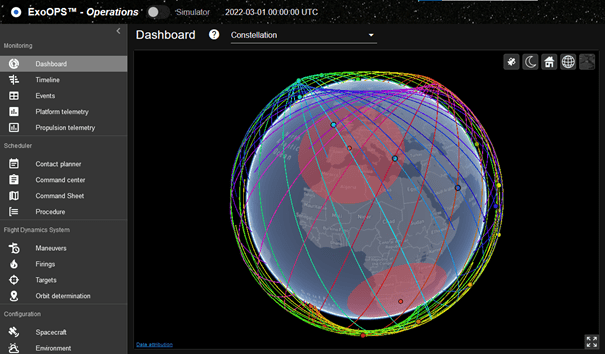 With respect to its thruster offering, the ExoMG – nano range is designed for use on CubeSat class satellites. The thruster can be provided in a 1U or 2U configuration with greater power. The ExoMG – micro is being marketed towards the 50-250 kg range of satellites. Exotrail is also proposing an “ExoMG – cluster” product made up of two, three or four micro units, to follow up the satellite size increase, offering a flexible solution compared to monolithic alternatives.

One of its founders was Jean-Luc Maria an aerospace engineer with nearly two decades of experience within the French space ecosystem having worked on projects such as Venus Express, Exomars and BepiColumbo during his time at the CNRS (French National Research Centre). Having been Exotrail’s CTO (Chief Technology Officer) since its founding, Maria became CEO in October 2021 after effectively swapping roles with his fellow co-founder David Henri who is now Chief Product Officer. 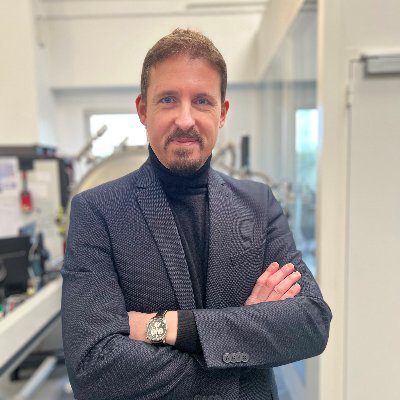 The interview began with Jean-Luc Maria explaining why his firm decided to develop Hall Effect Thrusters. While electric thrusters are known to be considerably more efficient compared to conventional bi-propellant thrusters their weakness is that they have typically much lower thrust. Thus the ‘Holy Grail’ is to have a thruster with a high specific impulse, but also have enough thrust to allow a satellite to reach its operational orbit as quickly as possible. And in Maria’s opinion Hall Effect Thrusters offer the best chance of squaring this circle. “Hall effect has the best thrust,” said Maria, before adding that Xenon electric thrusters in using an inert gas as propellant offer a much lower contamination risk.

The firm’s 60W ExoMG – nano S and L thrusters with thrust of 2.5 mN have been designed for CubeSats. For microsatellites Exotrail has degined the 150 W ExoMG– micro with a thrust of 7 mN. And even more thrust is available by bunching these micro thrusters together in a “cluster” (x2 300W 14 mN, x3 450W 21 mN, x4 600W 28 mN). This is a short-term solution, and more powerful thruster is now under study.

ExoTrail’s thrusters have already flown in orbit. The ExoMG – nano S proved itself on the Trail 1 (R2) spacecraft launched in November 2020 and managed to move the spacecraft’s orbit by more than 10 km. Eutelsat’s AAC Clyde Space-built 6U CubeSats ELO-3 and ELO-4 both also expected to carry the ExoMG – nano S thruster. These satellites are expected to be launched later this year.

While Jean-Luc Maria was a little coy about which other spacecraft were to carry his thrusters for confidentiality reasons. One that he did note was that a 2 micro ExoMG – cluster would be carried on the York-Space built cis-lunar lunar communications mission for Intuitive Machines which is due to fly at the end of the year. The firm also plans to use its engines on the OHB Luxspace Triton-X Heavy Platform and a lot of others to be announced later this year.

While CubeSats was the buzzword of the industry, in recent years there has been a realisation that while technology spacecraft will be smaller than they were in the past, in fact, for most missions satellites larger than nanosats are needed. Maria said he thought that the 100-250 kg class would be the future. As such, they would need highly efficient engines, but ones with sufficient thrust to be practical. Exotrail’s solution is to “clusterise” its ExoMG – micro engines into a single assembly, to double or quadruple the available thrust. The cluster concept has been extensively tested in a vacuum chamber to prove the concept and to make sure that there are no plume infringement/interference issues.

With funding from the French Space Agency CNES Exotrail is now expanding its reach into the OTV (Orbital Transfer Vehicle) market through the development of its own delivery spacecraft vehicle – the Space Van. The concept is similar to others in the industry. It hopes to capitalise on the emerging market for the transportation of smaller spacecraft to the orbits of their choice after a launch. SpaceVan will use a cluster of four of the firm’s Hall Effect engines.

Mr. Maria was keen to note the flexibility that the delivery spacecraft gives to a launch vehicle – and not just one. “It (Space Van) has to be as agnostic to the launch vehicle as possible,” said Maria, explaining that it needs to be able to fly on as many rockets as it can. He hopes that the spacecraft will be able to be launched on rockets such as Vega C and Falcon 9 in the future, but also several other launchers still under development and qualifiation. A Space Van demonstration mission is anticipated in 2023.

Looking beyond this the company will seek to expand the use-case for the Space Van, Maria noted that this diversification would probably start by having client’s secondary payloads attached to Space Van and then moving to address inspection, refueling and debris removal use cases.

When talking about his current software and engine offering, he accepted that while he could turn what is still a loss-making development firm into a profitable one very quickly he does not want to yet. “We could just stick with our current product line and be profitable”, but Maria wants to move the company into more profitable sectors before it cashes in. “There is a leader position to catch in end-to-end space mobility, and it is going to be Exotrail”, said Maria with unabashed confidence.

In this vein Mr Maria noted that despite closing its Series A funding round in 2020 the company did not have plans for another in the immediate future, this he put down to ExoTrail’s strong backlog and its ability to secure contracts. He also noted that in contrast to the recent industry craze with SPAC mergers, Exotrail would not be pursuing this “hazardous avenue”.

Maria seemed certain of Exotrail prospects – but he wants others to realise that it is new start-up private firms which are now the driver of Europe’s space industry. “The future of space lies with young companies…as we are,” said Maria in finishing.