While Hollywood has long flagged the dangers of asteroid and comet impact via its science fictional disaster movies Meteor (1979), Deep Impact (1998) and Armageddon (1998), real life space seemed to have no solution to the threat.  Now NASA, in conjunction with John Hopkins University’s Applied Physics Laboratory (APL) has designed an impactor to deflect any astronaut threatening Earth.  To test the theory, NASA plans to launch its DART (Double Asteroid Redirection Test) spacecraft at a small asteroid orbiting another asteroid.

In April 2019, SpaceX was awarded a contract by NASA for a Falcon 9 rocket to launch its DART mission from its Vandenberg launch site in June 2021.  In order to reach its planned for rendezvous with the asteroid in October 2020, the mission has to be launched on time, so NASA decided to use a dedicated launch rather than sharing a flight.

The 500 kg DART spacecraft is designed to collide directly at high velocity with an asteroid in order to deflect its slightly to give it a resulting change of direction moving it at only a few millimeters per second.  The idea is that a small deflection on its trajectory a long way out would be enough for a asteroid threatening Earth to miss the planet by thousands of kilometers.

The DART spacecraft uses electric propulsion and an imaging camera as a targeting system to ensure its impact with the Didymos B moon orbiting the small asteroid Didymos A.  In this case, neither a threatening Earth, but it is a test case. That is, if the Didymos B small moon’s orbit changes, such deflection techniques will have been proven thus could theoretically be used on Earth threatening asteroids assuming enough warning is given. 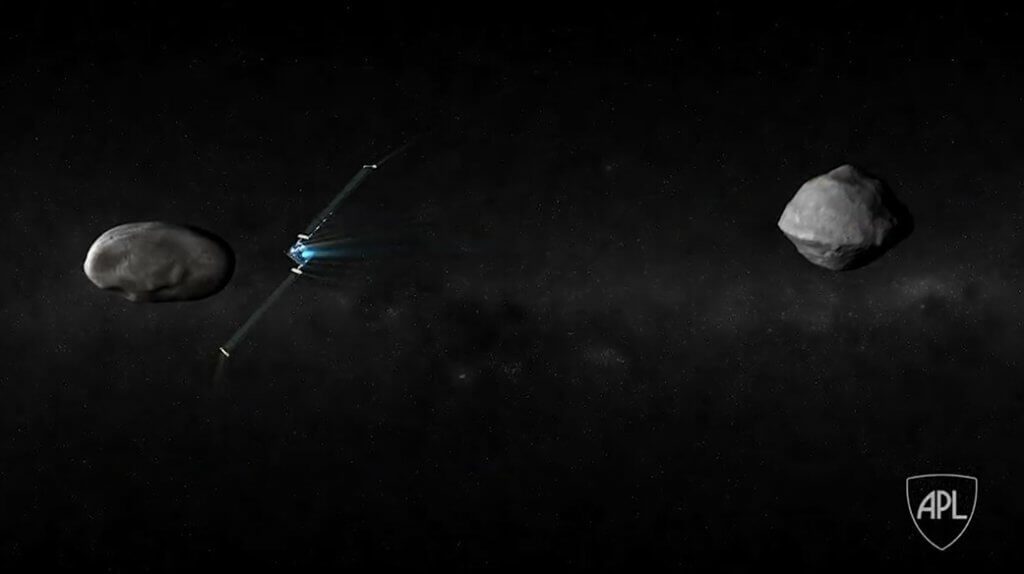