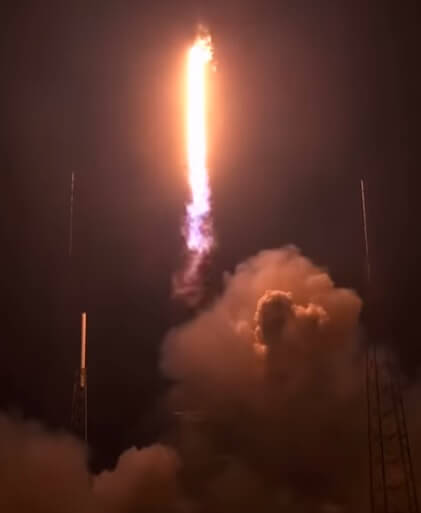 SpaceX successfully launched the JCSAT-18/Kacific-1 satellite at 0012 GMT on 17 December using a Falcon 9v1.2FT Block 5 rocket.  The launch took place in the eastward direction from a launch pad at the Cape Canaveral air station in Florida.  The reusable first stage separated successfully and made and approach and successful landing on a drone barge called “Of Course I Still Love You” located down range at 0019 GMT.

The Falcon 9 upper stage powered its way to place the spacecraft into a Geosynchronous Transfer Orbit (GTO) on its way to its final operational position in Geostationary Earth Orbit (GEO). Successful separation of the satellite occurred at 0043 GMT.

While the main part of the launch was successful, an attempt to catch the fairing halves by catcher ships was again unsuccessful and Elon Musk, SpaceX founder and Chief Designer may be rethinking this strategy. The fairing halves may yet be recovered from the sea.