Having previously launched Galaxy 33 and 34 on towards their geostationary Earth orbit (GEO) final positions the week before, this time SpaceX successfully launched a Falcon 9v1.2FT Block 5 from Cape Canaveral, Florida USA at 0522 GMT on 15 October 2022 carrying Eutelsat Hotbird 13F, a Ku-band communications satellite into a super-synchronous transfer orbit on its way to GEO. In this case the orbit was 55,950 x 380 km inclined at 27.1 degrees from which the satellite itself will circularise itself into a circa 36,000 km GEO  at near zero inclination. This super-synchronous transfer orbit has a higher apogee than a normal geosynchronous transfer orbit making the inclination removal easier to do in terms of fuel use.

Under Eutelsat’s satellite nomenclature system Eutelsat Hotbird 13F will, as its name implies, be positioned over 13 degrees East in the geostationary arc.  The 4.5 metric ton satellite was built by Airbus Defence and Space (Toulouse) and uses its Eurostar NEO bus platform. The satellite be the first spacecraft which uses this bus. The Hotbird 13F satellite and its sister Hotbird 13G, which is due to be launched in November, are designed to be resistant to jamming. Hotbird 13C and Eutelsat 7B have been recently subject to jamming attacks by Iran, whose government is keen to stop Farsi language television news services carried on the satellites reaching the Iranian population while protests against the Hijab and police brutality go on. 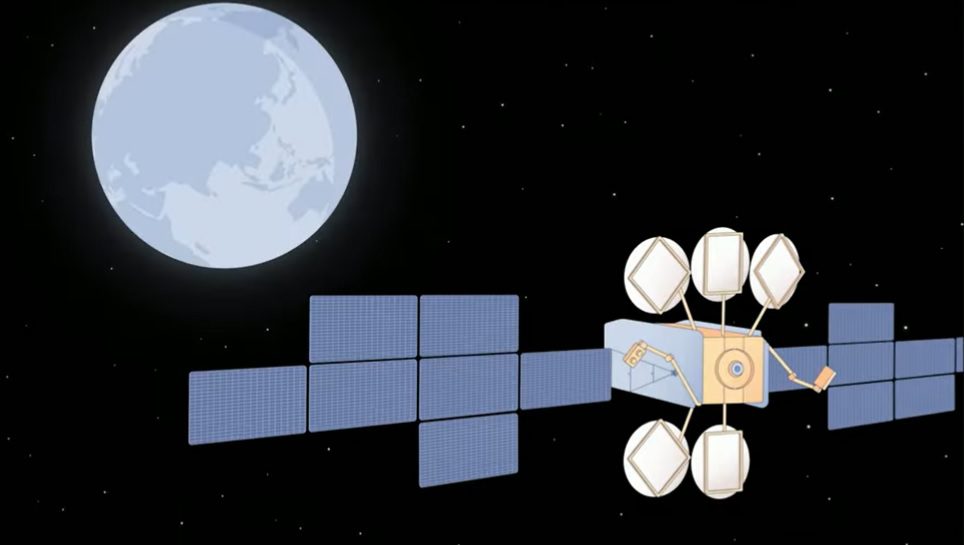 The reusable B1069 First stage, on its third flight, successfully landed on the drone barge “Just Read the Instructions” which was stationed downrange in the Atlantic Ocean.