One of the most powerful rockets in the world, a Falcon Heavy, whose lift off consisted of a main stage with nine Merlin engines firing, supported by two booster rockets, also each with nine Merlin engines firing, was launched from from the Launch Complex-39A (LC-39A) pad in the Kennedy Space Center, Florida at 1341 GMT on 1 November 2022  The launch was carrying the USSF-44 mission and used a final burn at the top of the standard geosynchronous Transfer orbit (GTO) to deliver the satellites all the way to a near geostationary Earth orbit (GEO). 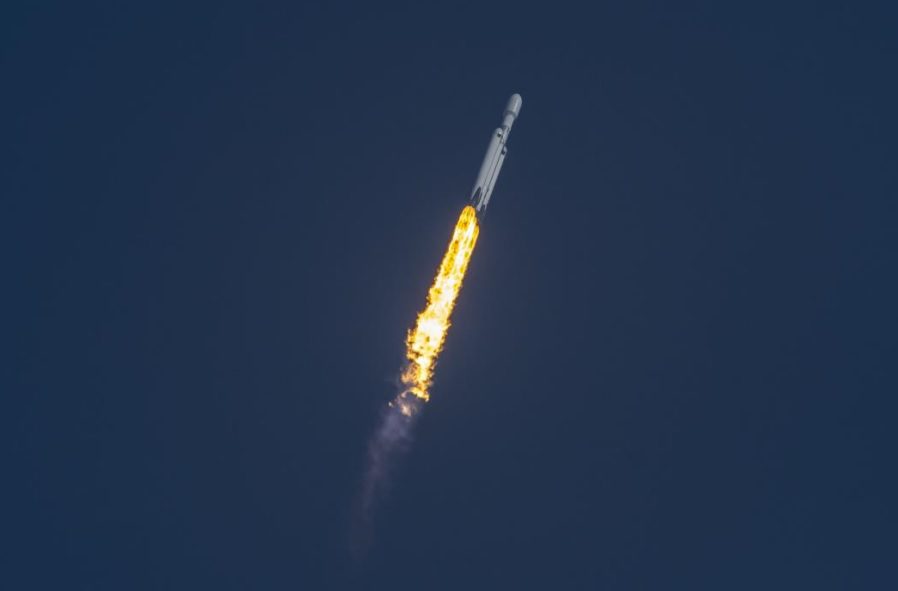 Aboard was the Long Duration Propulsive EELV (Evolved Expendable Launch Vehicle) Secondary Payload Adapter (ESPA), better known as the LDPE-2. This is a delivery spacecraft, based on the ESPA ring.

The LDPE-2 is believed to be carrying spacecraft (plus three other attached hosted payloads) aimed and demonstrating technologies for space weather sensing, advanced communications and space situational awareness in the geosynchronous orbital arc. The satellites carried included the TETRA-1 spacecraft, the LINUSS 1 and 2 12U CubeSats plus a mysterious spacecraft called USUVL.  Also aboard the launch was another ESPA-ring based GEO spacecraft known as the Sheperd Demonstration mission.

The reusable two side boosters B1064 and B1065 – both on their first flights –  were later recovered after an about turn manoeuvre and landed successfully back on the coast of Cape Canaveral, Florida,  Landing Zone-1 and -2 respectively.  The Falcon Heavy launch was the fourth in its history, and the first for three years.  The expendable B1066 core (which did not have legs attached) was on its first flight and was deliberately not recovered and fell down range into the Atlantic. 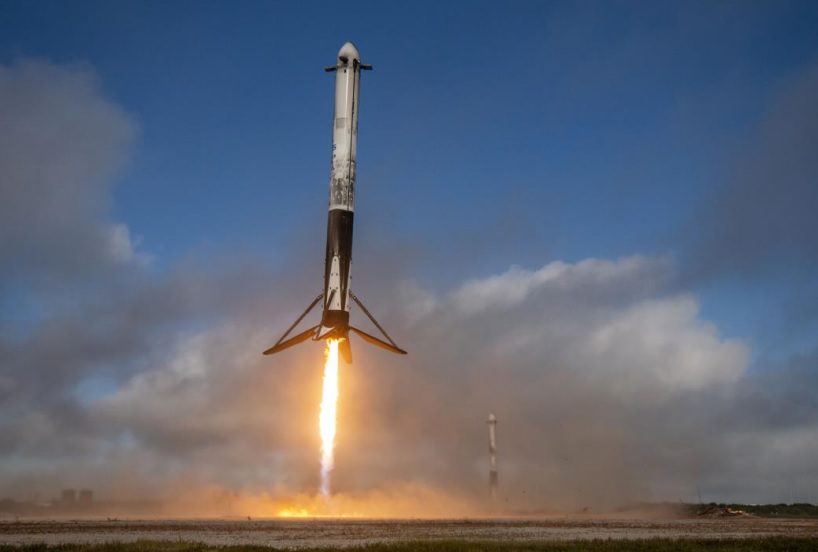