SpaceX suffered an unusual occurrence on 15 March. At 1322 GMT, with one second to go before the Falcon 9 launch of another 60 Starlink satellites from Cape Canaveral, Florida, the rocket shut down its nine first-stage engines. This happened after on-board detection software detected an out-of-limits condition in the thrust of one of the nine Merlin engines.

Update on 18 March 2020: SpaceX eventually managed to launch Starlink 301 and its 59 sister Starlink satellites, despite one of the nine first-stage Merlin engines shutting down during the flight. (It has not been disclosed whether this was the same engine which caused the previous abort). The launch took place at 1216 GMT on 18 March 2020 from Cape Canaveral. While it did not affect the main objective of the launch, the attempted recovery of the reusable B1048 first stage of the rocket on drone barge “Of Course I Still Love You” did not succeed – possibly due to the failed engine – and the first stage was lost. 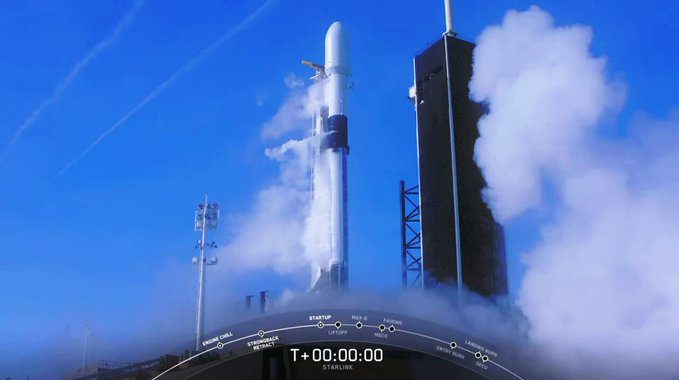 Falcon 9 sits forlornly on the pad after its last second aboard. Courtesy: SpaceX