Start-up launch provider Firefly Aerospace might have “fire” in its title, but it did not want that on its rocket engines. On 22 January, it suffered a short engine bay fire during a hot-fire test of its Reaver Engine, which is planned for use in its Alpha rocket. The test of the engine and the Alpha rocket first stage took place at Firefly’s test stand at Briggs, Texas. The cause of the short duration fire has not yet been identified. 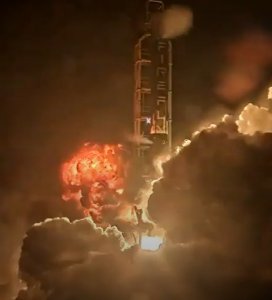