It is always nice when a scientific type also gets honoured amongst all the pop and film stars, military types, charity workers, a few lollipop ladies…and, of course, some crawling politicians. The British chemist and Britain’s first astronaut Dr Helen Sharman who became Britain’s first astronaut in space has received another official honour – this time for her educational activities.

Dr Sharman jealously guards the privacy of her family life (she is believed to be married with children) and is famously very prickly when asked about it. Mind you, her privacy obsession may have been the result of the British tabloid press somewhat mischievously trying to link her romantically with her fellow space traveller, Russian Cosmonaut, Sergei Krikalev (she was a single 27 year-old at the time of her spaceflight). However, since her privately funded Soyuz TM-12 flight to the then operating Mir space station in May 1991, after a long break (presumably to start a family) she put herself back on the public stage and done a lot of good work on educational outreach activities.

In doing so, she has encouraged the STEM subjects via an enthusiasm for spaceflight given to school children. And for that, she has rightly been recognised in the Queen’s New Year Honours List and joins the Order of St Michael and St George. So it is congratulations to Dr Sharman. By the way, this is not the first of her honours. She already holds an OBE awarded to her after her flight. 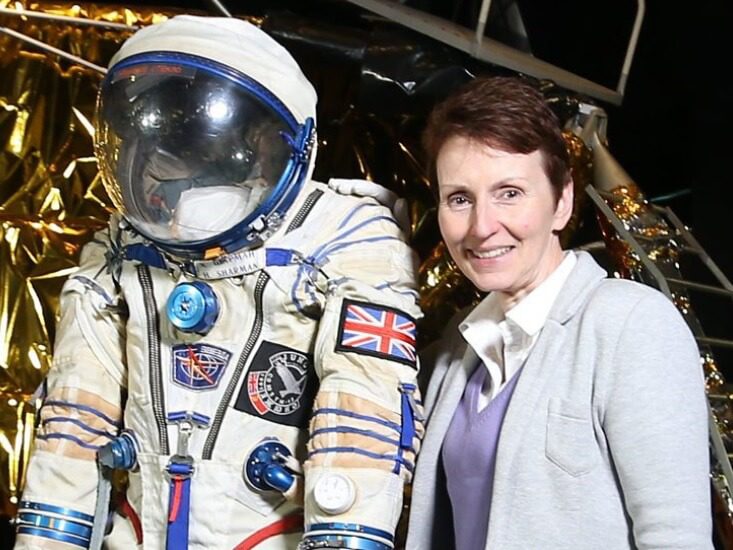 Helen Sharman next to a Soyuz pressure suit. Courtesy: BBC