On 20 January 2023 JAXA astronaut Koichi Wakata and NASA astronaut Nicole Mann opened the Quest airlock hatch at 1312 GMT. The astronauts switched their spacesuits to internal battery power to begin their spacewalk at 1314 GMT. Their objective was to install another International Space Station Roll-Out Solar Array (iROSA) mounting bracket to the station. Firstly, they completed the installation of cables on the 1B array at the S6 truss, followed by assembling and installing the IROSA mounting bracket onto the 1A array. Owing to time constraints these jobs were not completed during the previous EVA. 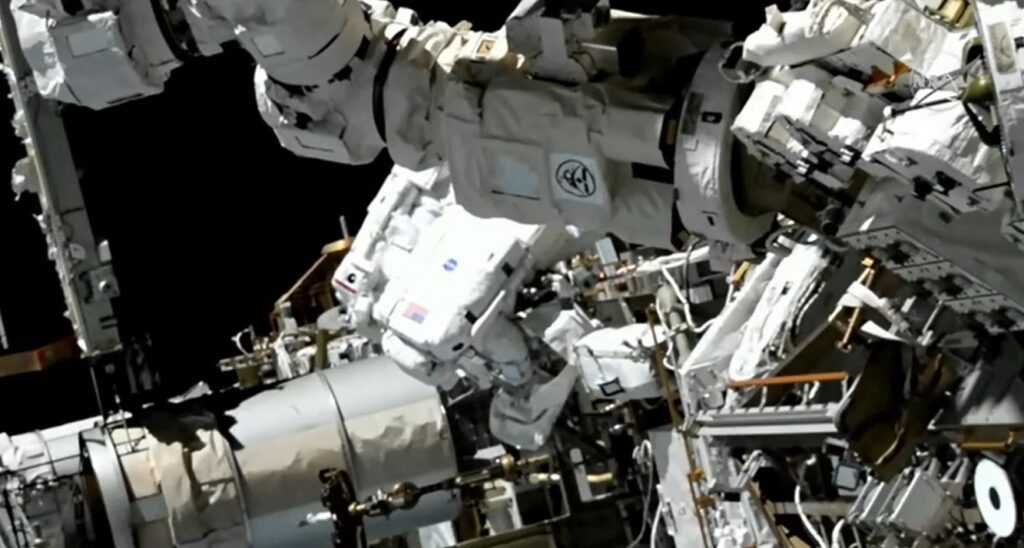 The astronauts were unable to secure the final strut on the 1A solar array owing to debris in the guide track of the mounting pad. This will be fitted during the next spacewalk.

This EVA is part of a series of spacewalks to augment the International Space Station’s power channels with new iROSAs. Four iROSAs have been installed to date with two more to follow. The EVA concluded when the astronauts began repressurizing the Quest airlock at 2035 GMT after 7 hours and 21 minutes. This EVA marked the first spacewalks for both Wakata and Mann.