Following US assassination of Iran’s top general, US satellites witness missile retaliation and accidental shooting down of airliner (Updated)

Tension between Iran and the USA worsened after the assassination, on 3 January, of Iranian Revolutionary Guard Corps (IRGC) Major General Qasem Soleimani. The attack by the US military on a car near Baghdad airport was executed using an MQ-9 Reaper drone/Hellfire missile. It probably involved satellite eavesdropping on telephone messages and locations.   The strike also killed four of Soleimani’s allies from the Popular Mobilisation Forces (PMF) of Iraq. 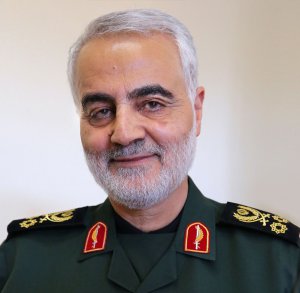 Soleimani was believed to have been responsible for ordering several attacks by Iran’s allied militia on US forces in the Middle East. The assassination of one of Iran’s top generals on “civilian territory” in another country risked pushing the USA and Iran towards war. Mass protests in Iran caused further deaths by the accidental crushing of 50 Iranian mourners in a crowd as the General’s body was paraded by. 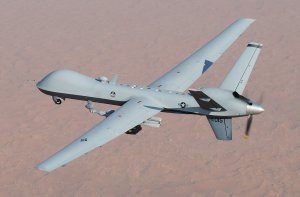 Iran retaliated on 7 January by firing 16 ballistic missiles at US air bases at Ayn al-Asad in Western Iraq and Irbil in Northern Iraq. These were described by the Iranian media to be Fateh 313 and Qiam missiles. 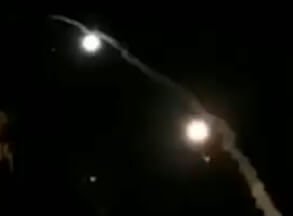 The missile attacks were detected by US Space Based Infrared System (SBIRS) early warning satellites, but embarrassingly these ballistic missiles managed to strike without being shot down by US missile defences (presumably Patriot missile batteries).

Commercial satellites were able to image the damage on the ground after the attack. Although no fatalities were caused, 11 were reportedly injured and major structures were hit, including two missiles hitting a main hall at the Ayn al-Asad camp. This accuracy was said to be both indicative of Iran’s good targeting and its intelligence capabilities.

By making a limited attack, Iran is believed to have shown reticence to making situation worse by causing significant US casualties. 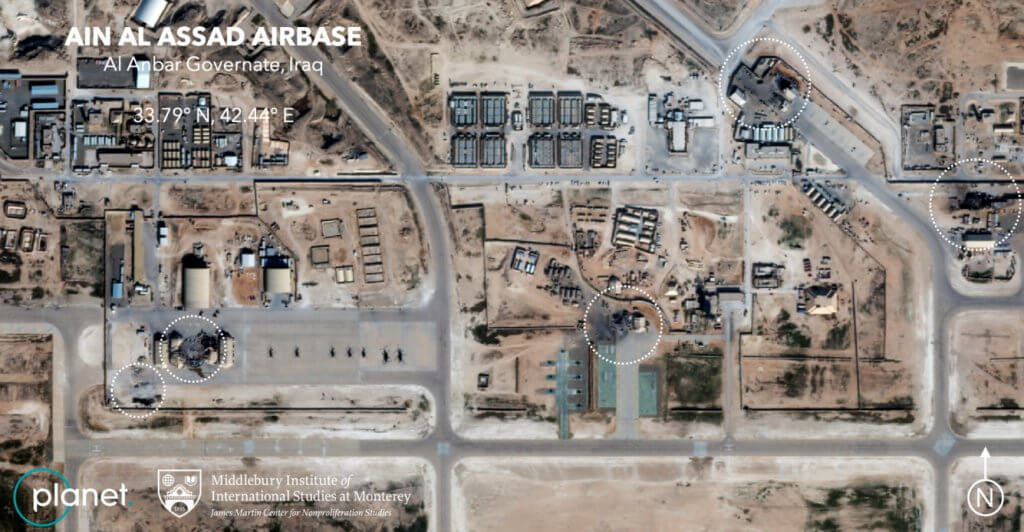 A few hours after Iran’s ballistic missile retaliation, a Ukrainian airliner crashed near Tehran shortly after taking off from Imam Khomeini International Airport. It is now confirmed as having been accidentally shot down by a surface-to-air missile (SAM) fired by Iran’s air defence forces. The missile was fired at the Ukraine International Airlines Boeing 737-800 airliner (Flight PS752) by an operator believing it to be an enemy cruise missile. All 176 passengers and crew on-board were killed. 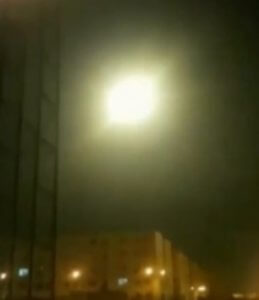 Witnesses noted that there had been an explosion in the sky. The debris field showed that the aircraft had made a high-velocity impact, hitting the ground in an explosive impact. No alarm calls had been made by either of the pilots before the crash.

Evidence of the missile strike was initially provided by US electronic intelligence derived from its satellite assets, which witnessed the switching on of the SAM radar system that illuminates an aircraft target for the missiles’ semi-active guidance. Infra-red detecting early warning satellites were also reported to have witnessed the infra-red blip of missile launches and the subsequent explosion as they struck/passed near the aircraft.

Later, a mobile phone film clip was released apparently showing the rise of a glowing ember caused by the exhaust flame of a SAM being launched into Tehran’s night sky, followed by an explosion as it apparently struck its target. International air safety experts were quick to assume that the sudden destruction of the Boeing 737-800 aircraft was consistent with a missile explosion.

Iran’s government originally denied the reports that it had fired a SAM, refusing to hand over “black box” voice and data recorder evidence to the international community. However, three days later, Iran finally accepted that its armed forces were responsible for “unintentionally” shooting down the airliner by missile interception using two Tor M1 missiles.

The shooting down of civilian airliners by surface-to-air missiles is becoming an increasing hazard. Sometimes these have been mistakes in times of military crisis or during military exercises. In 1988, the US Navy’s USS Vincennes guided missile cruiser shot down an Iran Air Airbus A-300 airliner (Flight 655) using its RIM-66 Standard SAM system, killing 290 passengers and crew, after mistaking it for an Iranian F-14 fighter jet.

Another example was the accidental shooting down of Siberia Airlines Tupolev Tu 154 Flight 1812 in 2001 by a Ukrainian S-200 (SA-5 Gammon) SAM during a military exercise.

In 2014, Malaysia Airlines Boeing 777-200ER on Flight MH17 was destroyed over Ukraine by a Russian-built “Buk” (SA-11 Gadfly) SAM operated by Russian-supported rebels who thought they were aiming at a Ukrainian cargo plane.

There was relief in the international community that although Iran’s acceptance of responsibility for the shooting down was late, at least it did not try to deny its involvement altogether, or carry on muddying the waters with misinformation, as Russia did over the MH17 shoot-down. Nevertheless, there remains concern in Iran and Ukraine that their aviation authorities did not do enough to stop civilian airliners flying within a “war zone”. While arguments continue about responsibility for the PS752 missile interception disaster, there was an element of international sympathy for Iran because the destruction of the aircraft was indirectly caused by the underlying military tension after assassination Soleimani.

After the initial outcry over the assassination within Iran, the pendulum of sympathy swung the other way as the Iranian government attempted to blame others for the air disaster. Public anger over the cause and the cover-up attempt prompted mass protests within the country.

Comment by David Todd: The wisdom of prioritising the most imminent threats

While much of Iran’s population had already fallen out of love with the government of which Soleimani was a part, for a time it seemed that by killing him, the Trump administration might have turned him into a martyr and united the nation against the USA. In the end, a trigger-happy SAM missile operator may have saved the Trump plan from backfiring. Even so, questions remain over the geopolitical strategy of the Trump administration. The main question should be: is blocking Iran’s regional belligerence more important than preventing strategic nuclear threats?

Whatever the provocation, it would be wiser – at least for the time being – for the Trump administration to ignore Iran’s belligerence and the terrorist acts of its allies and uphold the nuclear treaty that the world currently has with Iran. This will prevent Iran from restarting the isotope enrichment processes it needs to acquire nuclear weapons. Neutralising Iran’s nuclear threat leaves the USA and its allies to concentrate on more urgent nuclear threats first. 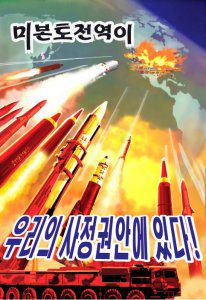 If President Trump chooses to ignore the urgency of dealing with North Korea’s nuclear missile programme (surprising, since by using a combination of threat and olive branch he originally made great progress with the Kim regime), he could be making the repeating the error of President George W Bush. He put the Iraqi and Iranian nuclear threats ahead of North Korea’s and, thus, failed to stop the latter’s acquisition of nuclear weapons.  By the way, this column (then in the Ascend Space Intelligence News newsletter) warned that this was what was likely to happen. And as Mark Twain purportedly said: “History doesn’t repeat itself, but it often rhymes.”

In Summary: The Trump administration should attend to the North Korea nuclear missile threat urgently while keeping the nuclear deal with Iran in place. It should also try to reduce tension with Iran.

Post Script on 24 January: Due to the ending of the nuclear deal with Iran, the failure of North Korea to end its nuclear programme, failures to properly address climate change and the superpowers’ plans for war in space, the Bulletin of Atomic Scientists (BAS) announced that the so-called Doomsday Clock has had its time moved 20 seconds forward. It is now only 100 seconds from Midnight when “Doomsday” supposedly occurs.