France looks to CLS/Kineis to maintain ship and environmental communications 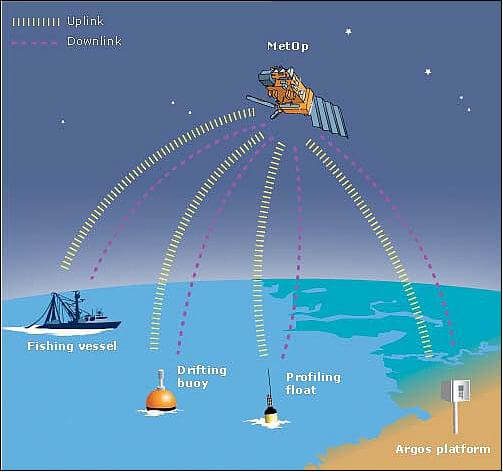 According to Space News, with the backing of the French space agency CNES, the maritime tracking firm CLS, has set up a new company Kineiss, to create a 20-satellite “Internet of Things” IOT communications constellation of 25kg 16U Cubesats to maintain tracking and environmental data communications with 20,000 ships at sea for reasons of meteorology, oceanography, fishery and large mammal tracking (on sea and on land) monitoring with the secondary benefits of ship safety and anti-piracy security.

The ARGOS system will be replaced by the new system. Courtesy: CLS

The firm is trying to raise €120 million to achieve this project. CNES has already handed over responsibility (and the revenues) for its current receive-only ARGOS network which the new system will replace. ARGOS, which uses space-based receivers on a variety of weather and environmental satellites, was originally set up by CNES in conjunction with NASA and the US National Oceanic and Atmospheric Administration (NOAA).