The Indian Space Research Organisation (ISRO) congratulated itself after using its brand new GSLV III (GSLV Mk 3) launch vehicle on its test flight D-1 to put the 3136kg GSAT-19 satellite into a transfer orbit on its way to geostationary operational position.  While the GSLV III has previously flown on a suborbital flight, this launch as the maiden orbital attempt.

The rocket uses a combination of solid rocket, hypergolic rocket and cryogenic technologies according to which stage is being used.  Lift off is achieved by a pair of solid rocket S-200 boosters.  At about 114 seconds into the flight, the L110 engine core stage is ignited burning the storable hypergolic pairing of the UDMH type of Hydrazine and Nitrogen Tetroxide.  The boosters fall away at 140 seconds and the core first stage burns until 320 seconds when stage separation occurs. In between the fairing separated at 225 seconds.  The final liquid oxygen/liquid hydrogen powered D21 stage is then ignited at 322 seconds and uses a long 643 second burn to inject the spacecraft into orbit. 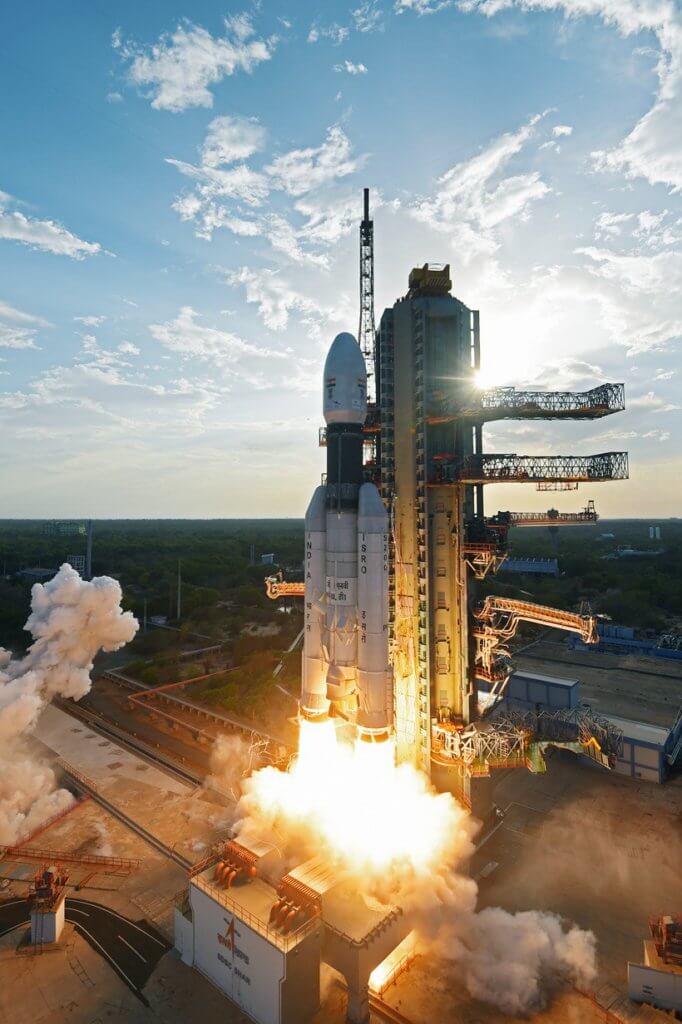 In addition the spacecraft, which is designed to last a minimum of 10 years in service, carries the Geostationary Radiation Spectrometer (GRASP) payload to monitor and study the nature of charged particles and the influence of space radiation on satellites and their electronic components. GSAT-19 is also being used to test a miniaturised heat pipe, fibre optic gyro, Micro Electro-Mechanical Systems (MEMS) accelerometer, Ku-band TTC transponder, as well an indigenous Lithium-ion Battery.

Comment by David Todd: It is congratulations to ISRO. While the GSLV Mk 2 was nothing but trouble during its early flights, the GSLV III (Mk 3) has had a good start.  All ISRO needs now is to be able to compete in an open market.