NASA’s Hubble Space Telescope (HST) is back online after a month of downtime due to a malfunctioning payload computer. The veteran telescope, launched to low Earth orbit in 1990, was brought back into service on 17 July when controllers switched over to a backup computer. However, the payload instruments themselves will require some recalibration before science observations can restart.

The most likely root cause of the problem is thought to lie with a power control unit designed to supply the correct voltage to the payload computer. As there was no possibility of resetting the power control unit from the ground, it was decided to switch to the backup Science Instrument Command and Data Handling system, which incorporates its own power controller. Although such an operation might appear somewhat trivial, there is arguably nothing trivial about maintaining the stable operation of a 31-year-old spacecraft which wasn’t expected to last this long; the HST’s design lifetime was 15 years.

It was initially thought that the issue was due to a faulty computer memory module, but switching to a backup for that module failed to solve the problem. It was then that the investigation moved onto the command and data handling system. Although the HST’s payload instruments have been unable to collect new data since 13 June, when the malfunction occurred, it is important to note that the telescope’s ‘bus’ subsystems have remained operational throughout the issue and the platform itself has been unaffected. 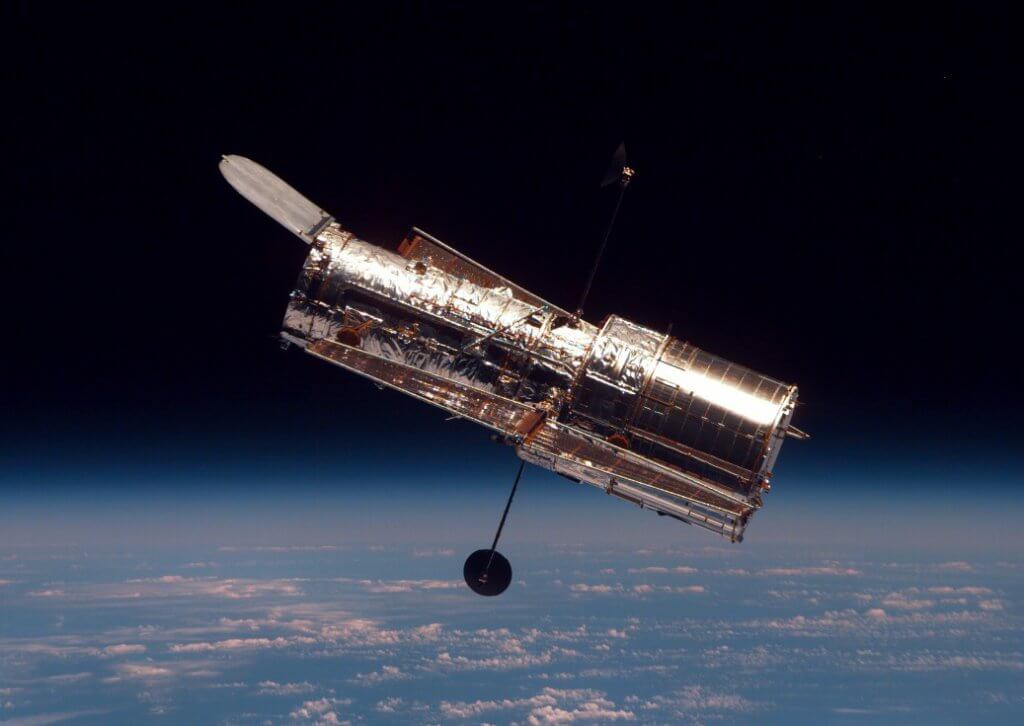 That said, the HST suffered a third gyroscope failure in October 2018, reducing its gyro count from six to three. The telescope is fully functional with three working gyros (which are used to ‘steer’ the telescope) and can even be operated in a ‘one gyro mode’ if necessary, but its attitude control system is clearly on borrowed time.

The HST was one of the first spacecraft to be designed for in-orbit servicing and upgrades, which was fortuitous since its main mirror was crafted with an incorrect surface profile due to errors in a measurement system. No less than five Space Shuttle servicing missions were flown to the telescope between December 1993 and May 2009, to replace failed or degraded components (including gyros), upgrade the solar arrays and replace entire payload instruments. However, the retirement of the Shuttle fleet, in 2011, left the telescope to its own devices. As a result, NASA was extremely cautious about the recent fix and used a ‘high-fidelity simulator’ on the ground to check procedures before uploading them to the telescope.

It seems likely that the primary command and data system, which suffered the power problem, will remain unusable, which means that any serious issue with the backup could mean the end of the Hubble’s useful life. However, the space astronomy community is reportedly optimistic and, before this issue, had hoped to extend the telescope’s lifetime to 2030.

On 14 October, NASA released a press release stating that a planned engine burn, referred to as a Period Reduction Manoeuvre Read more