IAC 2018 Bremen: On a lighter note – trying to resist Schadenfreude…but beer and a German accent are definitely needed for a space career 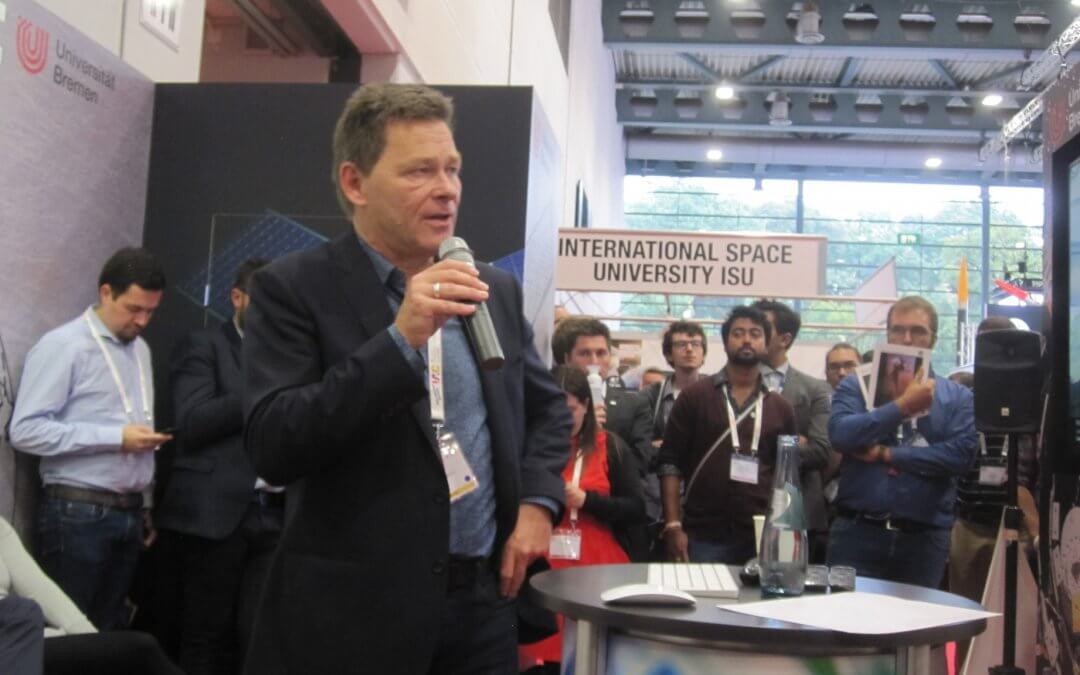 During his stay for the IAC 2018 in Bremen, your correspondent’s German did improve slightly from his previously very limited vocab mainly learned from old war films. For example, saying “Achtung! Achtung! Spitfeuer!” is of limited use when a German train conductor is questioning you about the validity of your ticket. And just like those old Stalag-escape films, “Your papers are not in order!” is what she almost replied in a German accent before she kindly let your correspondent and his friend off.

Thank goodness she did not say “Gut Luck” or else the game might have been well and truly up.  Apologies to the war film, The Great Escape (1963).  🙂

Who says that the German sense of humour is no laughing matter? 🙂 Actually your correspondent knows better, having attended a show at the Edinburgh Fringe Festival a few years ago amusingly entitled, “1000 years of German humour”. It was the Germans, of course, who invented the concept of Schadenfreude – laughing at the misfortunes of others. Your correspondent tried his hardest to resist this while in Bremen, but his smile had to break out when he saw a man trip over a sign at his hotel. It read: “Warning – slip hazard!”

The joke carried on with this writer witnessing the new head of NASA, Jim Bridenstine, get stuck in the conference lift/elevator as it refused to move from the ground floor. It was no lift-off for him, and he had to take the escalator just like the rest of us mere mortals.

There was some criticism that the “Global Networking Forum” (GNF) had grown too large and had too many panels. One exasperated man was overheard to say: “I am rather panelled out at this stage.” Asking others for an opinion during such panel sessions is always a risk – especially via electronic real-time surveys. During one of the GNF debates, the audience was asked what they thought students should gain knowledge of if they were to make progress in their careers in the space industry. The unexpected top answer was BEER.  Mind you, there really is a beer called “Rocket Fuel”. Likewise brewers continue to experiment with brewing beers in space.

Meantime, Elon Musk, who could not make this IAC, apparently trolled a debate being broadcast via the internet, and suggested that instead of using other means, the panel should employ his BFR/BFS combination to get to the Moon with some artist co-passengers.

At least his words (if it really was him) could be read whereas others had trouble making themselves heard. The ESA/NASA representatives doing a press conference in the main exhibition hall not only had to counter the normal buzz, they also had a stream of very loud Heavy Metal stand music to contend with. At least they turned up. The head of the Columbian Space Agency did not make it to her own press conference on funding Latin-American astronauts on commercial suborbital spaceflights until it was just about over. 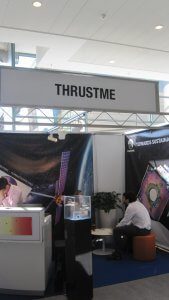 The most amusing non-PC company title amongst the exhibitors could be construed as a little too inviting. “ThrustMe” or so the stand electric thruster firm said, was rather surprising in this MeToo era.

Last word, however, must go to Hans Koenigsmann, effective No. 3 at SpaceX, when he admitted during an informal presentation that his German accent had helped his career in California. Apparently, having a German rocket scientist on board really enhances a launch provider’s credibility. When it comes to rocket scientists with a German accent, Werner Von Braun was, of course, the most famous of these. He designed the Apollo programme’s Saturn V and most of today’s other liquid fuel space launch vehicles have been derived from his original V2 (A4) ballistic missile rocket research.

Von Braun’s 1960 biographical film and book was famously titled “I aim at the Stars”, to which some wag later added (“But sometimes I hit London”).

But don’t mention the War! Your correspondent did – but he thinks he got away with it. 🙂 (Apologies to John Cleese). 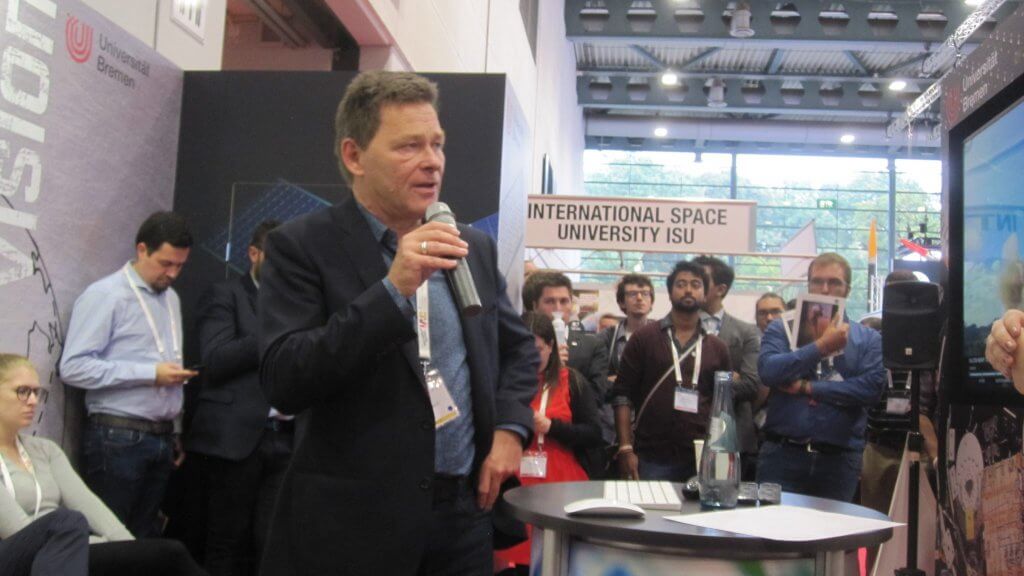 SpaceX’s Hans Koenigsmann explains at IAC 2018 why a German accent is advantageous for a rocket scientist. Courtesy: Seradata/David Todd