Every year a city gets the honour present to the world space community the latest news, technology and – dare we say it – political moves involved in the performance of human and unmanned spaceflight. This year it was supposed to be in Dubai – a move which chimed with the United Arab Emirates recentg impressive efforts in space research – not least its Hope orbiter mission to Mars. However, the travel restrictions caused by Covid-19 outbreak, and a general realisation that having a high number of international travellers in one place would make things worse,  meant that this was not possible. So, in response the Paris-based International Astronautical Federation – in common with many other international conferences – were forced to move online. And so it came to pass that between 12 and 14 October the IAC 2020 too place under the IAF President, Prof. Pascale Ehrenfreund, who suddenly found herself in the role of a linking TV presenter, at least for the live sessions.

So how did it go?

The good (and the bad) bits:  Registration was free! This may damage IAC registrations in the future but it was refreshing nonetheless. The live sessions worked pretty well including the Heads of Agencies Plenary and some keynote presentations.  Some “annointed” media reporters were allowed to put live questions – not many – to VIPS via press conferences.  However, mainly questions to panelists were only allowed in text form via the Slido app or website, with the problem that it was only the best liked questions that made it to the chosen list.  This had a major weakness in that often very vague – and often lame – questions seemed to get the most votes and thus got chosen – possibly a result of free registration allowing too many non-cognoscenti into the audience. 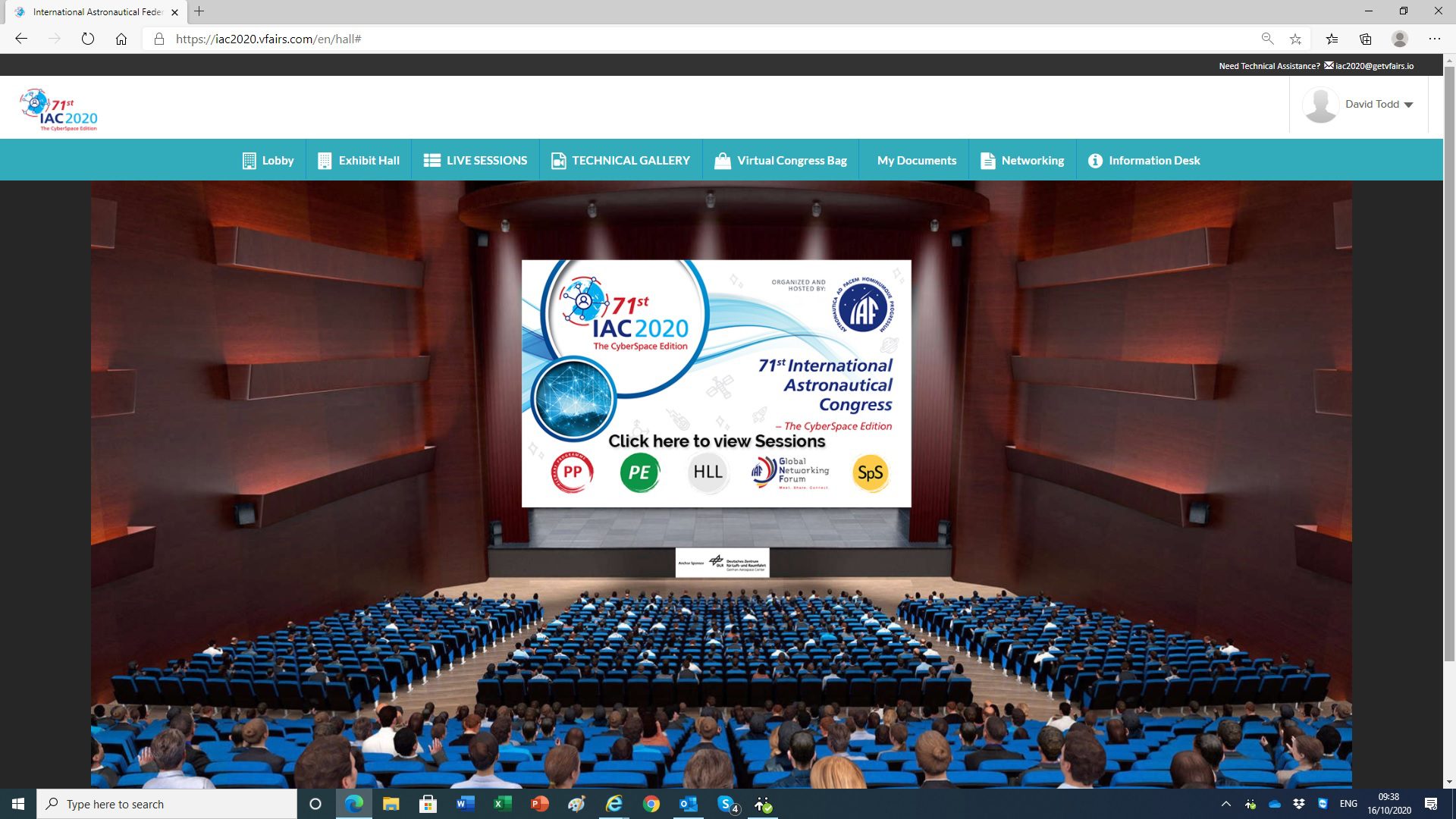 Another most excellent innovation was having the ability to view (in this case pre-recorded) technical presentations and recorded live sessions after the event. This, and the ability to see the provided papers in the same spot was a Godsend. This night provide a solution to the the real life IAC’s fundamental weakness: that is you cannot be in four places at once with so much happening in parallel and hence you miss things you want to see.  Of course, the IAC organisers did make one clanging error – they appeared to switch off access too early on the last day – but access was soon restored probably due to high demand. 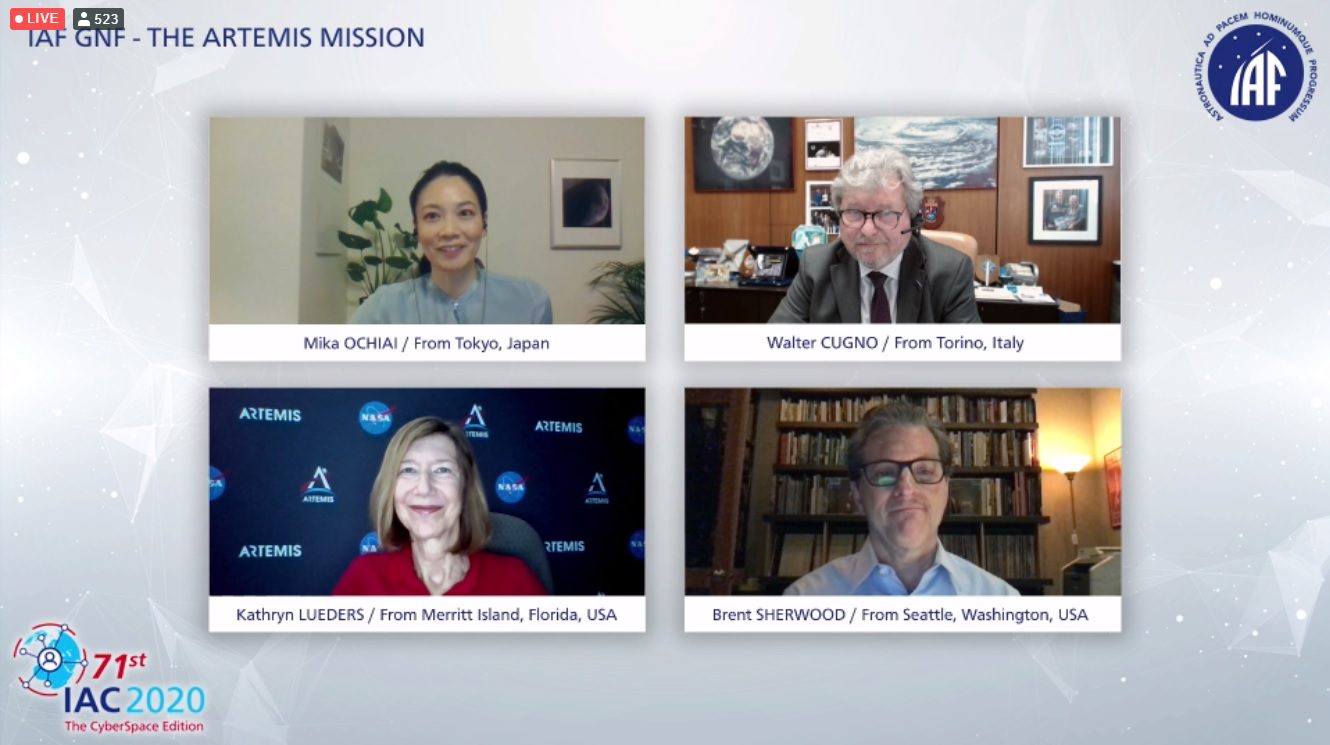 The “virtual” exhibition was similarly done well…with stands have lots of ways to interact with exhibitors and take away/download information about their wars and services. It made us at Seradata regret not exhibiting.

Less successful were the cyberspace IAC 2020 chatrooms etc. Such measures never manage to mimic real life connection and relationship affir, while theming meetings that are only possible in a real life event. 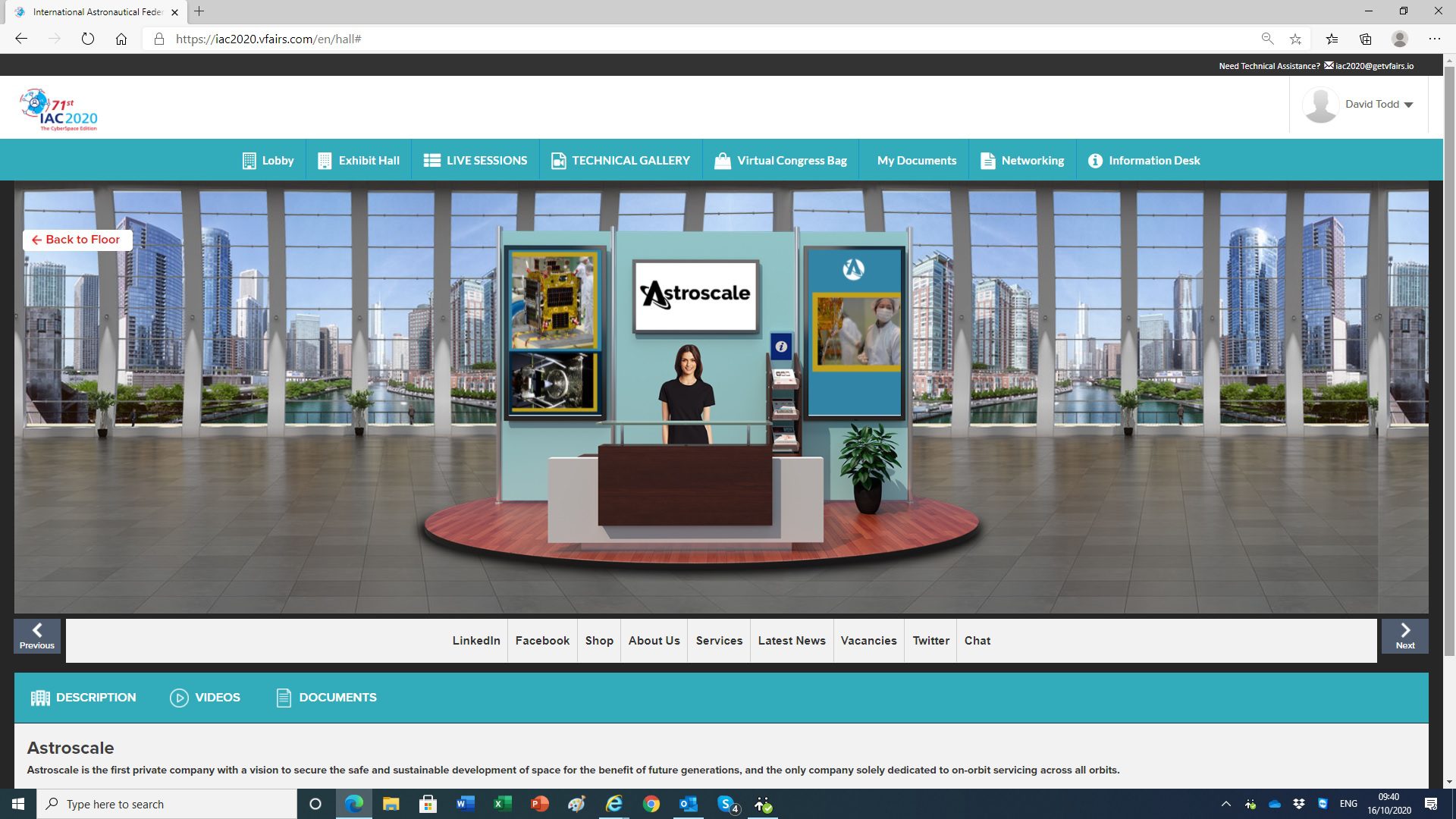 Astroscale’s online exhibition stand at IAC2020 had lots of downloadable items and ways to connect with the firm. Courtesy: IAC2020

Still the numbers were quite impressive:

Not as good as the real thing…but pretty successful as far as it went.  Some elements of this should wound into the real life next one e.g. access to recordings of technical presentations and a possible virtual exhibition held in parallel to the real thing.