While it has made a brief vertical up-and-down hop before, the SpaceX Starhopper made a proper lift-off, traverse, and vertical landing on 27 August. This was the day after an ignition failure of the LOx (Liquid Oxygen)/Methane Raptor engine on 26 August prevented an attempt at the Brownsville launch site in Texas.  The height achieved was circa 150 m and represents a key step in the development of the Starlifter reusable spacecraft/upper stage design. 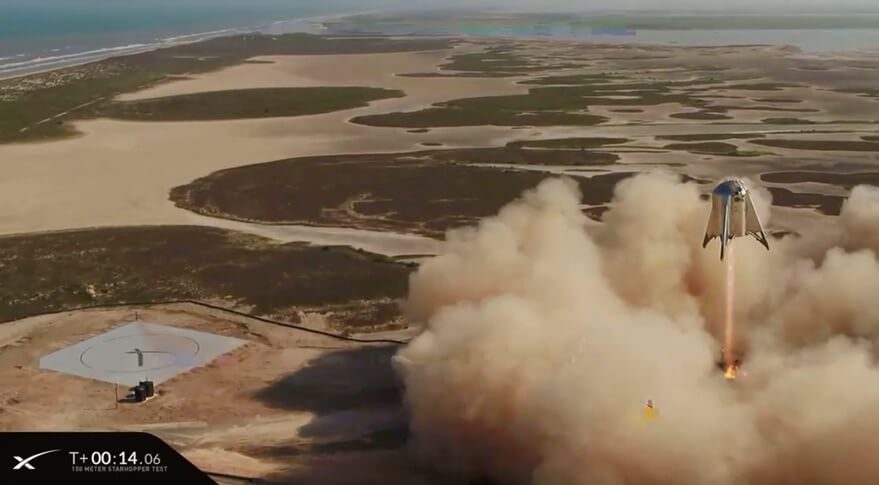