Ingenuity – part of NASA’s Mars 2020 mission – made the first powered, controlled flight on another planet at 0730 GMT on 19 April. The 2 kg solar-powered drone helicopter, which had been deployed on the Martian surface by the Mars rover Perseverence, managed to ascend to around three metres above the Martian surface, then hover for 30 seconds and rotate before landing. 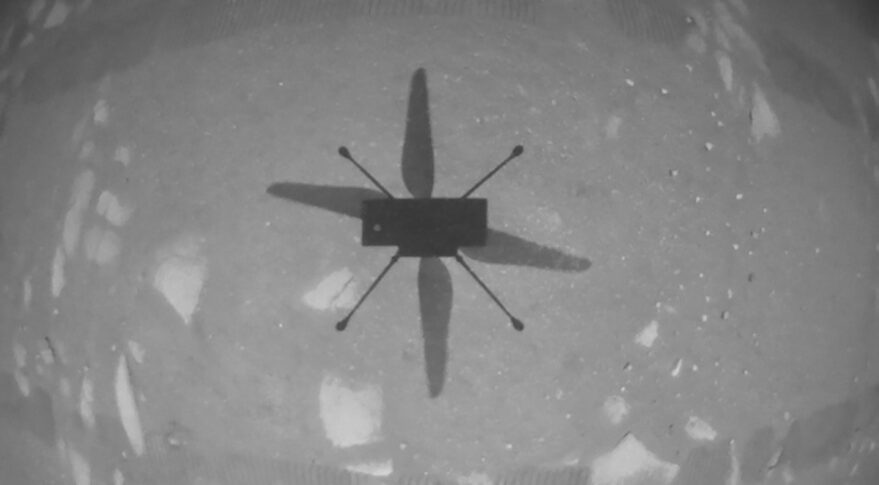 Images and a video of the Ingenuity in flight taken by the Perseverance rover showing the helicopter hovering were received by NASA around four hours after the flight. The helicopter is equipped with counter-rotating blades that spin at about 2,400 rpm to deal with the planet’s thin atmosphere, which has less than one per cent of the density of the Earth’s and a third of the gravitational pull.  The craft has since made two more test flights.

Ingenuity is equipped with computers, navigation sensors and two cameras (one colour and one black-and-white). It also carries a postage-stamp-size piece of the Wright Flyer in which Orville and Wilbur Wright first achieved controlled, human-carrying powered flight in 1903.

It is hoped that the small craft will be able to explore caves that are littered with obstacles on the ground, making access difficult for Mars rovers in the past. The NASA team will continue to receive and study data in the coming days and then formulate a plan for the second flight. 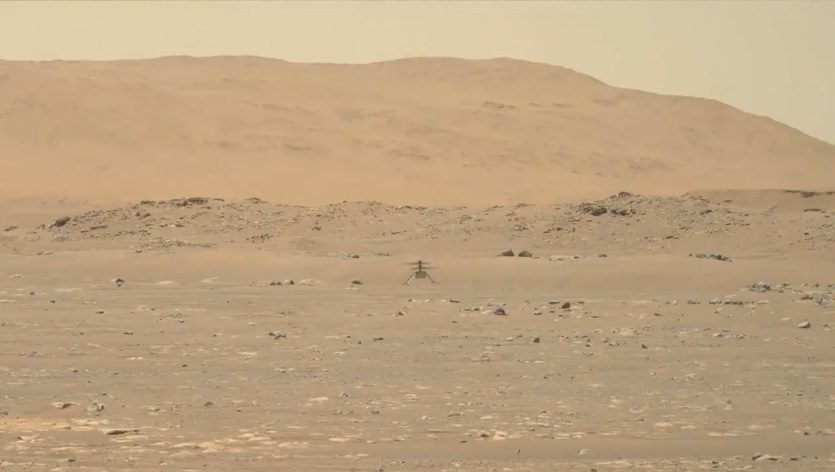 A still from a camera on the Perseverance rover catching Ingenuity’s first flight. Courtesy of NASA JPL via Twitter.

Matthew Wilson and David Todd contributed to this article.