On 13 March, two NASA astronauts Victor Glover and Michael Hopkins, made an EVA (extra vehicular activity), more commonly known as a spacewalk, from the International Space Station (ISS). Five minutes after depressurisation the airlock hatch was opened at 1314 GMT. The 6¾-hour EVA ended with the hatch being shut at 1959 GMT.

After venting two old ammonia-carrying cable pipes and recovering one to the Quest airlock, the astronauts installed a stiffener on the airlock’s thermal cover. They then worked on connectors on the Bartolomeo payload platform, including routing three of the four cables on the payload position (PAPOS) interface and configuring a cable for an amateur radio payload. They also installed some cables to the CP9 and (partially) the CP8 high-definition camera positions.

While the spacewalk took the headlines, there was other activity at the Japanese airlock. A robot arm removed a J-SSOD-16 satellite dispenser on 14 March. At 1120 GMT this began to eject cubesats from the dispenser, with OPUSAT II followed by GuaraniSat-1, Maya-2, Tsuru and RSP-01. Later the dispenser also ejected WARP-01 (Nichirin), TAU-SAT-1 and STARS-EC (Sanko).

Two other actions on the ISS drew some criticism. The external pallet EP9 (delivered by the HTV-9 cargo ship) was released using the Canadarm-2 robot on 11 March with nine old batteries attached. With a total mass of 2430 kg, critics pointed out that this was not only a large piece of “space junk” but would  remain in orbit for at least two years. As it is, parts of it might survive re-entry. 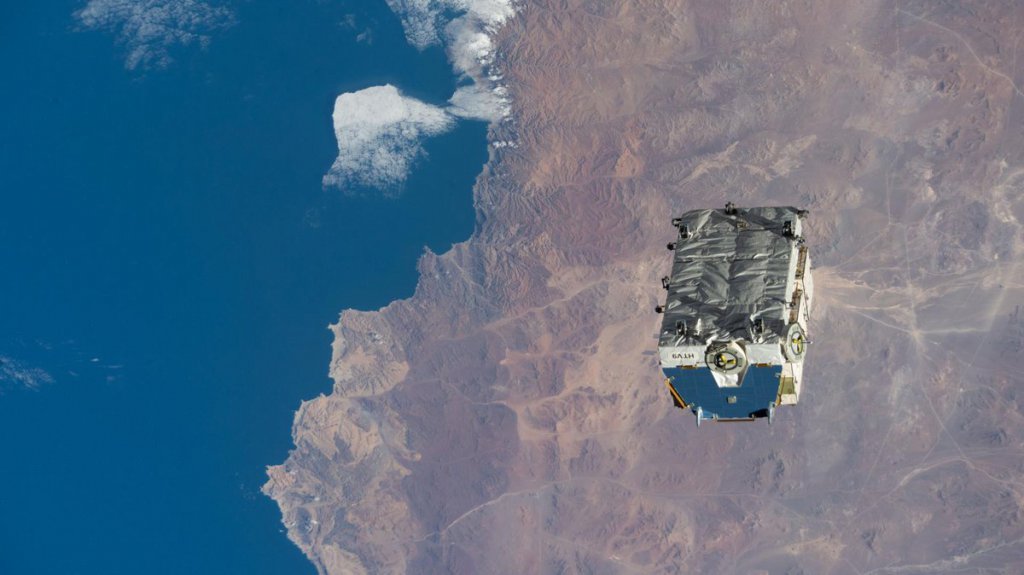 Space junk? The EP9 External Pallet is released with old batteries aboard by the ISS Canadarm 2. Courtesy: NASA

The other action was by Japan which drew criticism and praise. It initially refused to let the MMSAT (now dubbed Lawkanat-1) microsatellite owned by Hokkaido University in Japan and MAEU, Myanmar (Burma),  be released as part of  its JEM module dispensing operations (see above) on 14 March. This was after the military coup in Myanmar.  However, in the end J-SSOD-M2 deployer (which flew to ISS on Cygnus NG-15) was, like the earlier deployment, moved outside the Kibo module by the JEM-RMS robot arm and at 0830 GMT on 22 March it released Lawkanat-1.

All times and details from Jonathan McDowell and NASA