During 27 July, the Islamic Republic of Iran (Iran), conducted a launch of its “Simorgh” – meaning Phoenix in Farsi – light launch vehicle. The launch was the inaugural mission from the Imam Khomeini Space Launch Center (IKSLC), Semnan, Iran. It is as yet unconfirmed as to whether the launch was an orbital attempt carrying a payload or simply a sub-orbital test of the launch vehicle. Iranian sources have stated that the vehicle is capable of placing around 250 kg of payload into a 500 km orbit.

US sources have said that the rocket suffered a “catastrophic failure” and that no elements of the launch achieved orbit, therefore no TLEs have been published by US Strategic Command – who maintain the official TLE catalogue. Iranian sources maintain the launch was a success, suggesting the launch was in-fact a sub-orbital test and not a fully-fledged orbital attempt. Another point is that historically, Iranian news sources have been noticeably quiet following any kind of launch failure, reminiscent of the secrecy following failures in the old Soviet space programme. 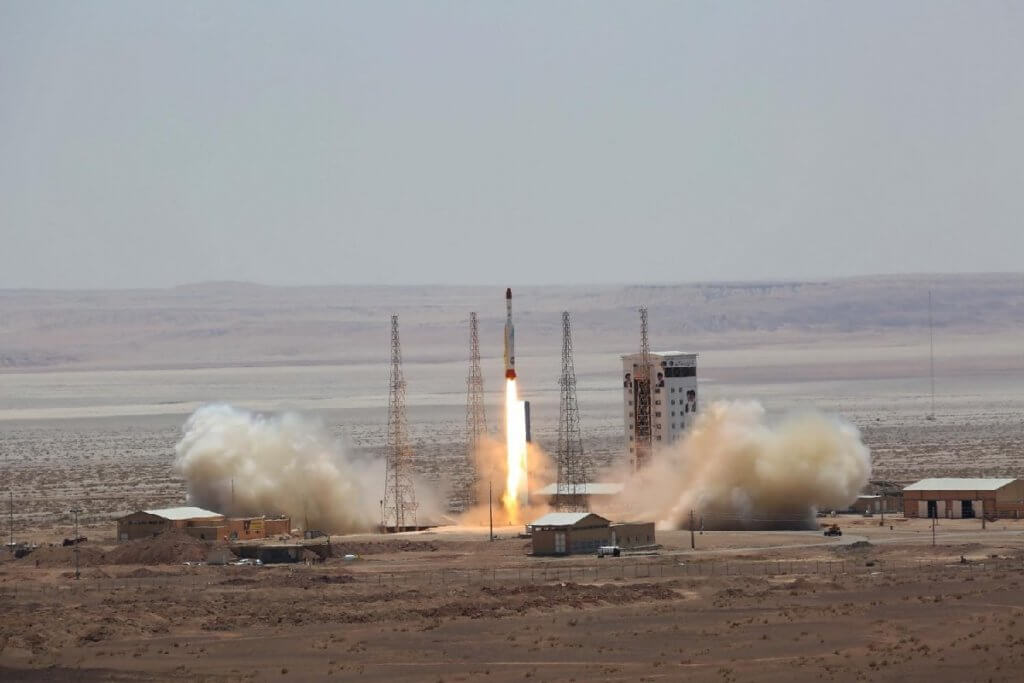 A picture of Simorgh launch from the Imam Khoemeini Space Launch Center. Courtesy of the Iranian Space Agency.

The US has officially condemned the launch stating that it is against the most recent UN resolution, “UN Resolution 2231” which was passed in July 2015 in order to ease sanctions against the country in return for Iran’s abandonment of its nuclear-enriching programme. A clause in the Resolution commands Iran “not to undertake any activity related to ballistic missiles designed to be capable of delivering nuclear weapons, including launches using such ballistic missile technology.”. The US considers the development of rocket technology analogous to ballistic missile technology – in truth they are very similar concepts – and is now of the opinion that Iran has violated this resolution.