The Italian firm D-Orbit’s ION Satellite Carrier orbital transfer and delivery vehicle has had a ride booked for it on the yet-to-fly Isar Aerospace rocket.  The launch is expected to take place in 2023 or 2024 with the spacecraft carrying several cubesats for delivery into their specific required orbits. The financial details of the launch order have not been revealed. Earlier in the month, D-Orbit reported that it was to receive US$2 million of funding from ESA to upgrade ION. 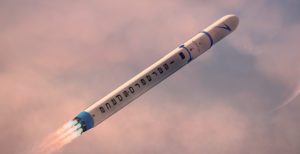 In a separate announcement, another launch start up, Evolution Space, maybe nowhere near the completion of its first launch vehicle, but that has not it signing its first major customer under a US$120 million deal for five suborbital and 25 orbital launches for the small optical communications satellite startup Xenesis which is planning a constellation of spacecraft. The launches will not begin until 2025.