Launching from the Tanegashima Space Center, Japan, at 0408 GMT, 29 October 2018, an Mitsubishi Heavy Industries (MHI), H-2A202 rocket has carried the GOSAT-2 (IBUKI 2) greenhouse gas monitoring satellite and five co-payloads to Low Earth Orbit (LEO). GOSAT-2 is a follow-on satellite to the GOSAT spacecraft launched in 2009 to conduct a long-term climate monitoring mission. Both GOSAT units have been built by Mitsubishi Electric Corp (MELCO). 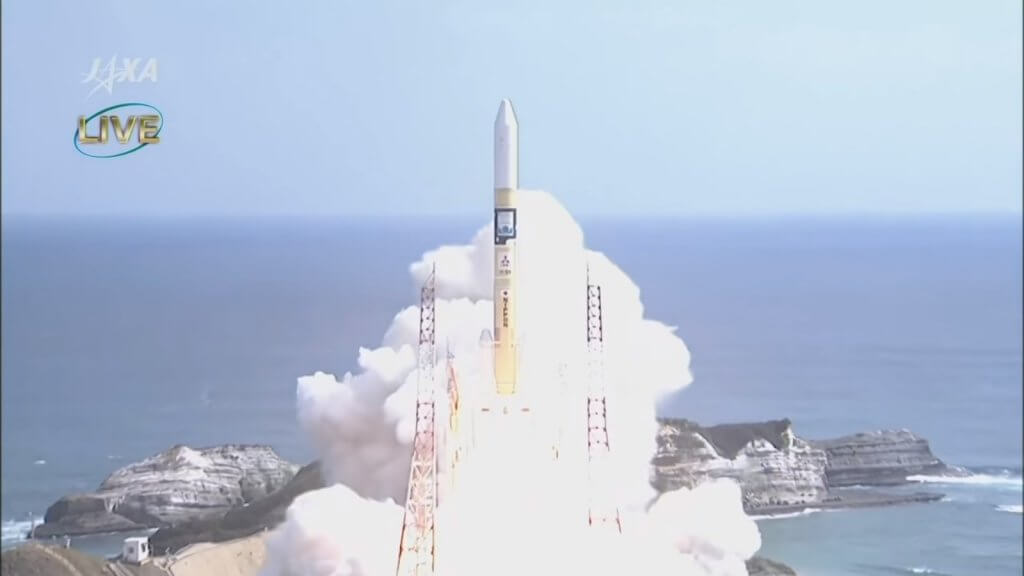 The H-2A202 rocket lifting off from Tanegashima Space Center carrying the seven payloads to LEO. Courtesy of JAXA

The five co-payloads also being carried to LEO are: KHALIFASAT, 330 kg, the third in a series of Earth Observation satellites developed by the Mohammed Bin Rashid Space Centre (MBRSC), Dubai, in partnership with SATREC Initiative of South Korea; DIWATA 2, 56 kg, the second microsatellite built for the Philippine Department of Science and Technology, it carries both Earth Observation and amateur radio payloads; TEN-KOH, 23 kg, built by the Kyushu Institute of Technology to conduct observations of the environment in LEO; AUTCUBE 2, a 1U-CubeSat built by Aichi University of Technology to carry-out radio and optical communications experiments and STARS-AO, a 1U-CubeSat built by Shizuoka University carrying a miniaturised telescope.

Update 30 October: The GOSAT-2 launch was initially planned to carry six co-payloads however, following the successful launch and separation of all the payloads only five were in fact carried alongside GOSAT-2. It seems the PROITERES 2 mission, a 45 kg follow-on satellite testing a miniaturised ion thruster technology for Osaka Institute of Technology, was removed from the manifest. The reason for this removal is not known.