At 0411 GMT on 17 August, the first launch of the four soild stage Jielong 1 (Smart Dragon SD-1) took place from its mobile launch placed at the Jiuquan launch site in Inner Mongolia, China. The launch was operated by its constructor, the China Rocket Co Ltd, which is a subsidiary of CALT (Chinese Academy of Launch Technology.  Details of the Jielong 1 launch vehicle are sketchy but the 19.5 m tall. 1.2m diameter rocket is capable of carrying 200 kg to a 500 km Sun-synchronous orbit.  It remains unclear if the Jielong 1 is an entirely brand new rocket design, or one based on military missile solid rocket technology which is more likely. 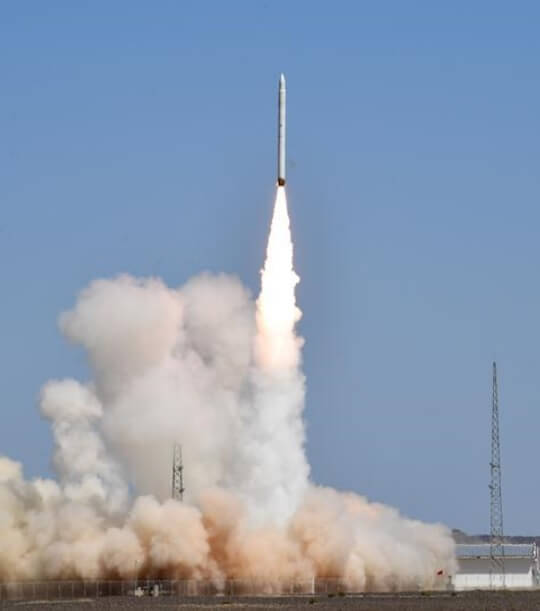 The maiden launch of the Jielong 1 rocket was successful. Courtesy: Xinhua