At 1934 GMT a SpaceX Falcon 91.2FT-R (Block 4) successfully lifted off from its launch pad at the Kennedy Space Center in Florida on 30 October 2017. Aboard the rocket was the 3,500 kg communications satellite KOREASAT-5A to provide services to Korea, Japan, Indochina and the Middle East. The launch went as planned with the reusable first stage successfully landing on the barge called “Of course I still love you” down range some nine minutes later – albeit that it does suffer some post landing fire damage. The Thales Alenia Space manufactured spacecraft itself was launched into a super-synchronous transfer orbit which is advantageous for inclination removal: 50,185 x 285 km at 22.0 degrees inclination. 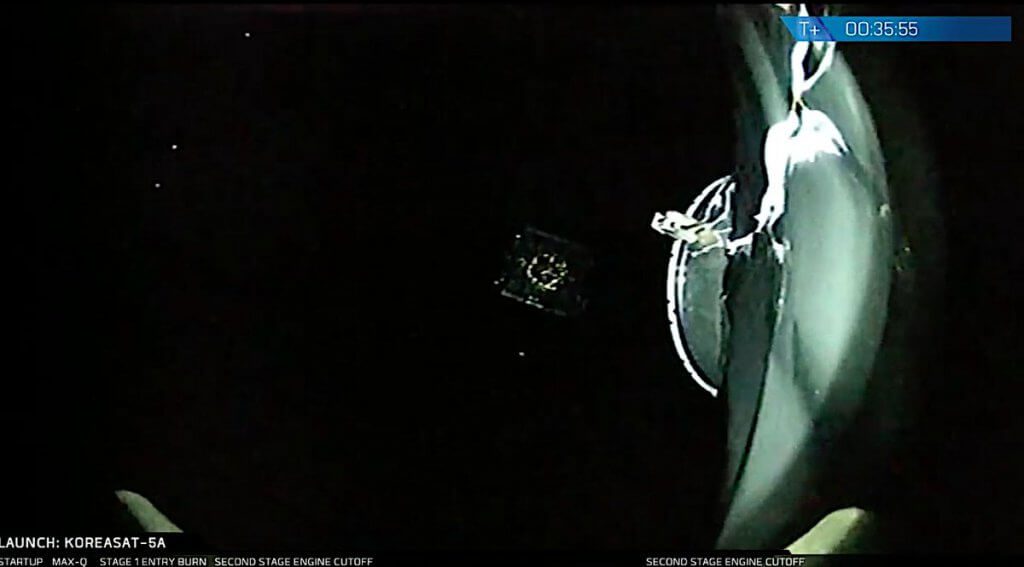 Koreasat 5A is released into its transfer orbit. Courtesy: SpaceX via Peter de Selding/Twitter

The spacecraft will use its own propulsion system to move to a geostationary Earth orbit by reducing this inclination to near zero and then lowering the apogee and raising the perigee to a near circular 36,000 km orbit where it will operate over 113 degrees East longitude.

The flight marks the 16th SpaceX launch this year.