One of the giant American aerospace companies, Lockheed Martin, has announced its intention to buy US rocket engine manufacturer Aerojet Rocketdyne. The transaction is valued at US$4.4 billion. A purchase of Aerojet by Lockheed will expand its offering in munitions, rocketry and in-space propulsion. The deal, announced on 20 December, is expected to close in the second half of 2021. It will have to pass regulatory review as well as a vote by Aerojet shareholders.

Comment by David Todd: Aerojet Rocketdyne, which has done so much for the US space programme over the years, including providing the RS-25 for both the Space Shuttle and the SLS, has fallen behind in recent years. This was exemplified when United Launch Alliance (ULA), the firm that Lockheed Martin jointly owns with Boeing, elected to use Blue Origin’s BE-4 engine for its new Vulcan rocket etc rather than an Aerojet Rocketdyne offering. This takeover could be welcome as it might just shake things up at the firm. 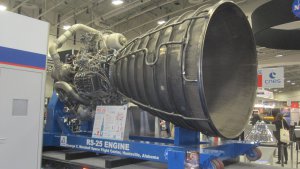 Lockheed Martin contracted with Terran Orbital to provide it with three microsatellites "in support of product demonstration" on 17 February. Read more