The aerospace giant Lockheed Martin has decided to rebrand and reconfigure its satellite bus platform offerings in the following way. The smallest bus now being offered by Lockheed Martin will be called the LM 50. This small spacecraft bus design is being developed with Terran Orbital to cover the 10-100 kg range of satellites just above nanosatellite size. The maximum end of life (EOL) power available to the spacecraft via its solar arrays will be 400 W. 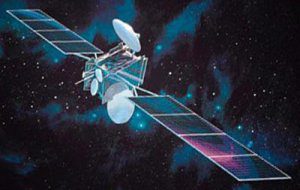 Next size up is the LM 400 series for satellites in the mass range of 140 – 800 kg. It can offer an EOL power of up to 1.5 kW and satellites using this bus can be delivered within two years of an order.

The LM 1000 series has a mass range of up to 2200 kg and with a maximum EOL power range of up to 10 kW. This is a brand new addition to the Lockheed Martin line up.

The LM 2100 series is, in effect, a rebranded and improved version of the A2100, currently largest bus design in the Lockheed Martin line up as used for example, by TELKOM 1. Its mass range is 2300 kg and above, while its EOL power is 20 kW. While all the satellite bus designs are available for communications and Earth observation, Lockheed Martin envisages that the LM 400 and LM 1000 series that will be used for interplanetary exploration.