One of Russia’s keynote scientific missions has come to a likely premature end. Lomonosov, a spacecraft designed to investigate gamma-rays and other high energy radiation bursts, has suffered a major fault in its data transmission (assumed telemetry) system. As a result, the mission is effectively ended unless engineers can find a way to repair or work around the fault.

The Lomonosov spacecraft was built using a Kanopus V bus by VNIIEM – VNII Elektromekhaniki, with SSTL-100 bus spacecraft avionics, computers and power distribution designed by the UK’s SSTL. It was launched in April 2016 on the first flight out of the new Vostochny space base (on a Soyuz 2-1A Volga) in far eastern Russia, and was designed to last five years in operation (some reports quote a minimum design life of three years). 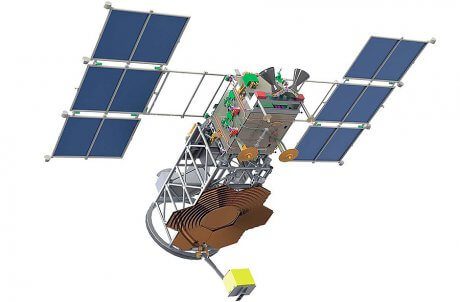