The spacecraft, which will be positioned at opposite sides of their orbit around the Earth to cover all the sky, are built by the Institute of High Energy Physics (IHEP) of the Chinese Academy of Sciences (CAS), with the National Space Science Center (NSSC) is responsible for the development and construction of the general engineering and ground support system. The Institute of Microsatellite Innovation is responsible for the development of satellite systems and high-energy physics research. The Long March 11 carrier rocket used for this launch was developed and produced by China Aerospace Science and Technology Corporation. 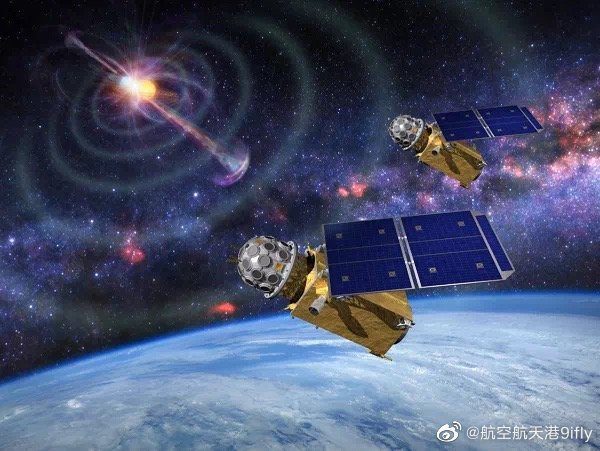 Artist’s impression of GECAM spacecraft pair – albeit too close to be in their operational positions at the other end of the Earth from each other. Courtesy: NSSC