Filling a gap in its rocket stable, China’s new medium-lift rocket, the Long March 8 (CZ-8), successfully lifted off on its maiden flight at 0437 GMT on 22 December from the Wenchang Satellite Launch Center in South Hainan Province, China. The launch carried the experimental satellite XJY-7 as its primary payload along with four smaller co-payloads to a sun-synchronous LEO. The Long March 8 rocket is 50.3 m long and has a lift-off mass of 356 metric tons. It can carry a payload of at least 4.5 metric tons to a sun-synchronous 700 km LEO. 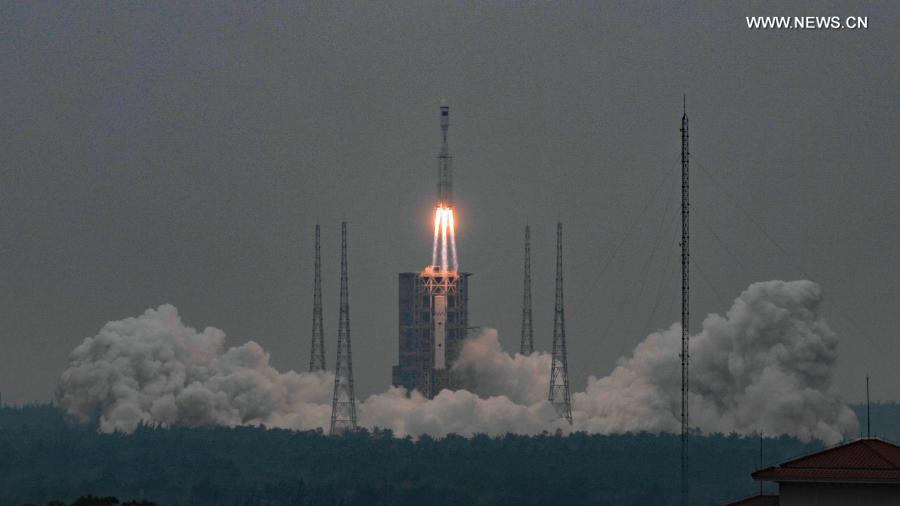