As mentioned in its Q2 2021 earnings call, Sirius XM has ordered a new GEO satellite to replace SXM-7, which has been declared a total loss following a payload anomaly detected a month after its launch. The order for the new SXM-9 has gone to US manufacturer Maxar (builder of SXM-7) which will base the spacecraft on its venerable 1300 platform. 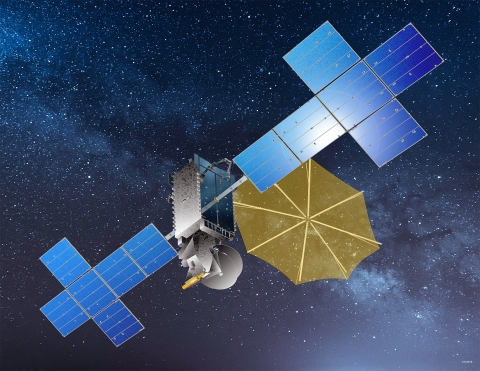 A rendering of the SXM-9 satellite in-orbit. Courtesy of Maxar

SXM-9 is planned for launch in 2024. The parties had not released any information concerning contract value at the time of writing.

Update on 25 August: Later in the month Sirius XM confirmed that it would be sticking with Maxar, the builder of all of its post-merger satellites, for its next sat, SXM-10.

Like the preceding order the contract announced on 24 August was light on details. We were told that the satellite will utilise the 1300 platform but, unlike SXM-9, a launch date was not stated.