May and June construction announcements: Angosat-2 the remake on way as are JPSS-3, JPSS-4 and PLATO

Having lost their first satellite Angosat-1 shortly after launch last year, in May the Angolan National Space Programme Management Office (GGPEN) formally announced the order of a YAMAL USP (VICTORIA) bus/platform replacement from RSC Energia. The finance for the construction of the spacecraft is coming from two main sources: a US$121 million payout from insurers for the loss of Angosat-1 and state grant from Russia itself. The spacecraft will carry the same telelcommunications payload of 16 Ku- and 6 Ka-band transponders as Angosat-1. Angosat-2 is expected to be launched in 2020. 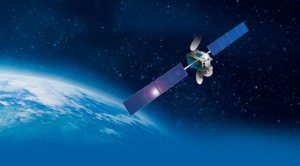 The contract for the construction of ESA’s PLATO (PLAnetary Transits and Oscillations of stars) mission is expected to be signed in June with OHB System for €300 million (US$350 million). The PLATO mission will be launched in 2026.

Tim Fuller contributed to this story.