North Korea successfully launched its first Intercontinental Ballistic Missile (ICBM) on a high arcing test flight from a base in Sunan, North Korea, at 0534 GMT on 24 March. The missile is thought to be a Hwasong-17 rocket launched from a mobile platform, similar to the Hwasong-15 launched in November 2017.

Astrophysicist and space trajectory expert Jonathan McDowell estimates that the missile flew a suborbital trajectory at an inclination of 41.3 degrees, with the high point (apogee) at 6,200 km, before it fell back to Earth in the Sea of Japan. The high altitude is a way of demonstrating the energy of a rocket without threatening others, the idea being that this could be converted to horizontal range should that be needed. Estimates of the energy of this rocket are that it could hit the USA with a specially designed nuclear warhead, and it is probably capable of launching a small satellite into low Earth orbit.

Comment by David Todd: US Presidents from Clinton onwards have spent too much time fretting about Iran’s nuclear programme and not enough on North Korea’s. The Democratic People’s Republic of Korea (DPRK) – North Korea’s official name – will soon have a practical nuclear weapon married up to a now-working ICBM delivery system. Noting NATO’s impotence in the face of a nuclear-armed Russia after its invasion of Ukraine, North Korea won’t give them up now. It wants this capability as a deterrent. And if it has this, then Japan and South Korea will want nuclear weapons as well. In other words, this is the end of nuclear non-proliferation. 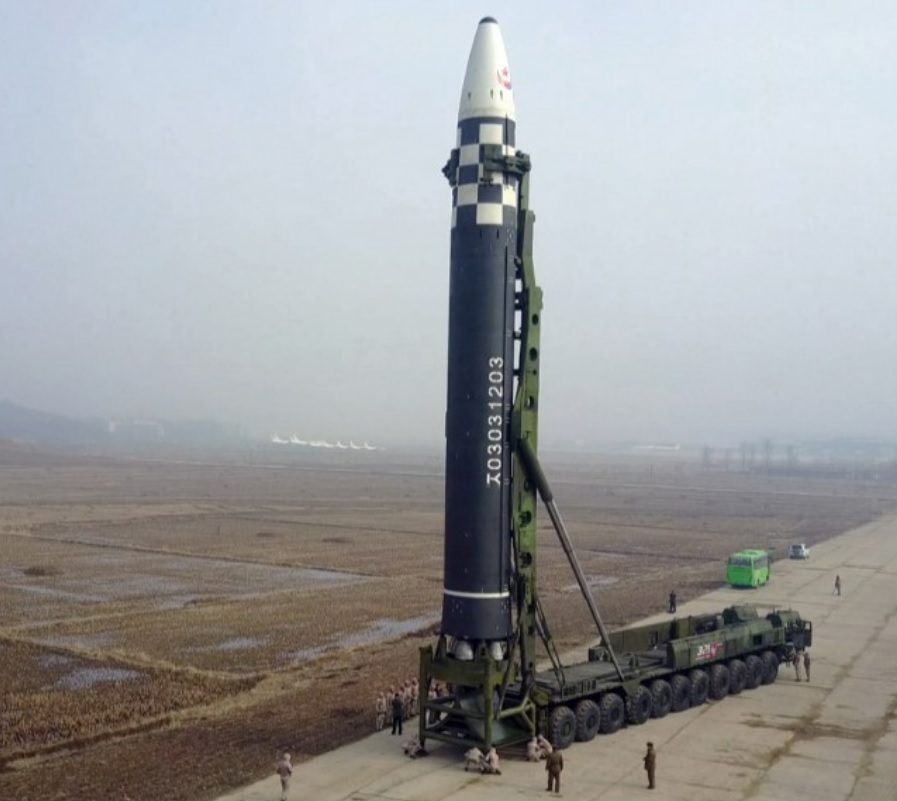 Image of Hwangsong-17 ICBM and its mobile launcher. Courtesy: KCNA 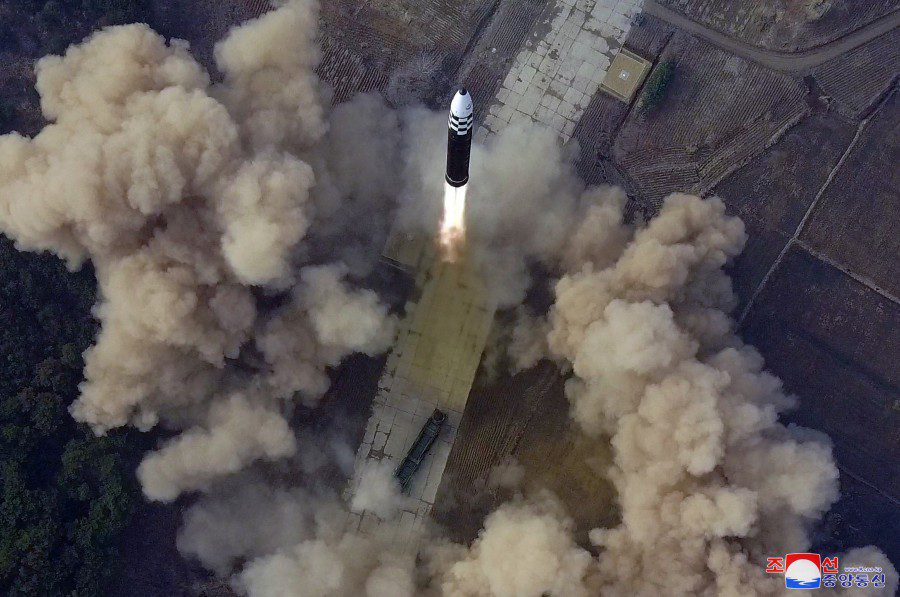 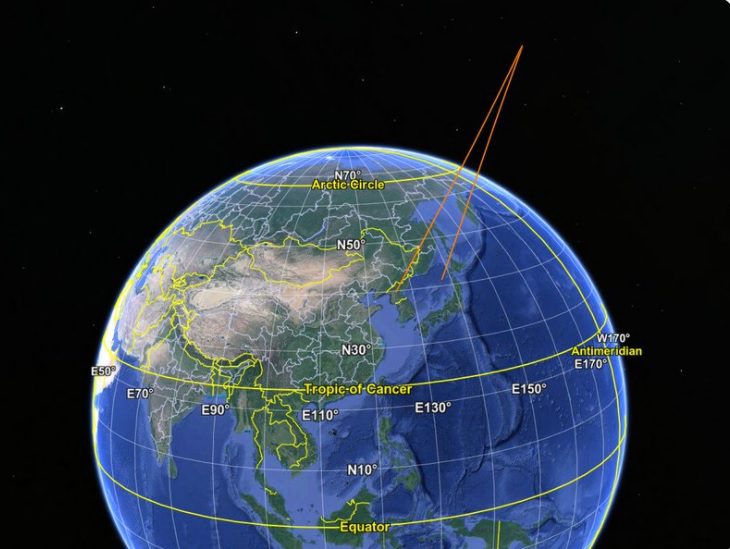