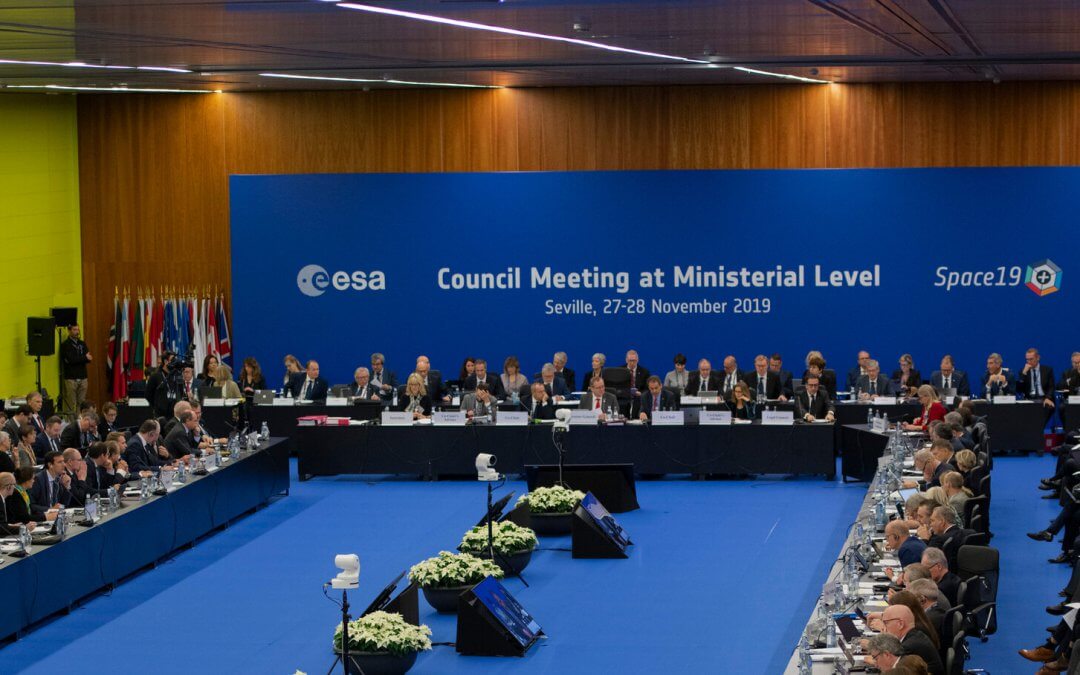 The meeting of ministers that occurs ever three years to decide the European Space Agency’s (ESA) budget has awarded it €12.45 billion. The Seville “Space 19+” meeting agreed the sum for three years with an additional circa €2 billion to cover programmes lasting five years. The amount was more or less what was asked for and ESA Director General Jan Woerner was said to be happy and relieved. As each nation has its own national space priorities, some programmes were oversubscribed compared with their request while others lost out.

The big winners were: Earth observation, including the EU Copernicus programme, which will receive €2.54 billion – more than requested. Likewise, space exploration will get €1.95 billion. About €300 million of this is being used to develop modules – the ESPRIT refueling and telecommunications module and a joint habitation module with JAXA – for the Lunar Gateway element of the US Artemis human return to the Moon programme. Most ESA nations want to see their astronauts on the Moon.

Space Transportation will receive €2.24 billion for upgrades to the Ariane 6 and Vega rocket families and an Italian-led programme involving a reusable spacecraft called Space Rider.

However, there were some losers. Telecommunications was awarded a budget of €1.51 billion, which was about a quarter of a billion euros less than requested. Another programme that struggled to gain support was the space safety programme covering planetary defence from asteroids and solar weather. It received only €432 million, about a third less than requested.