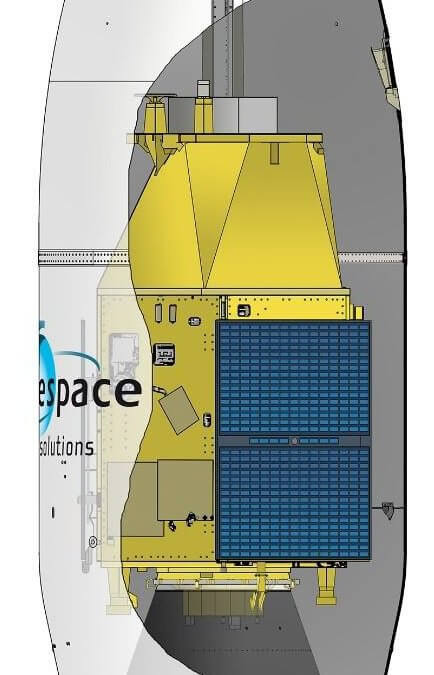 An Arianespace-operated Vega launch vehicle successfully lifted off from the Kourou launch site in French Guiana at 0142 GMT on 21 November 2018. Aboard was the 1,108kg  MOHAMMED VI – B satellite is an Earth observation satellite built for the Kingdom of Morocco by Thales Alenia Space and Airbus DS as co-prime manufacturers.

The MOHAMMED VI – B satellite which will operate in a 640km near polar Sun-synchronous low Earth orbit, will be mostly used for mapping and land surveying activities, regional development, agricultural monitoring, the prevention and management of natural disasters, monitoring changes in the environment and desertification, as well as border and coastal surveillance.

Thales Alenia Space, as system prime contractor, supplied the payload, including the optical instrument, the image transmission subsystem, and the ground segment for image processing and production. Airbus DS, as satellite prime contractor, was in charge of its integration, as well as supplying the platform and the ground segment for mission planning and satellite control.

This is the second satellite in the programme.  The MOHAMMED VI – A satellite was launched by another Arianespace operated Vega launch on 7 November 2017.