UK regulator, the Competition and Markets Authority has refused their permission for Rupert Murdoch’s Twenty First Century Fox’s planned acquisition of the UK-based news, sports and entertainment broadcaster Sky as not being in the public interest.  Media mogul Murdoch holds a stake in Sky and had been attempting by the rest of the firm in a £11.7 billion deal. The reason for the refusal was not over doubts over quality and news standards but rather over concerns over media domination by the Murdoch family which already has print newspaper and website interests there via News Corporation’s holdings.  Nevertheless, the Fox acquisition of Sky deal is thought to be much more likely to go through once Disney has acquired Fox – a recently announced sale thought to have been triggered once Rupert Murdoch knew his own Sky acquisition attempt would be foiled. He even offered to close down its costly but well regarded Sky News channel to help his case – even if this might have been counterproductive to it. 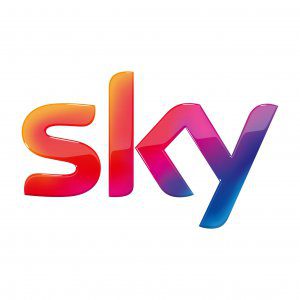 There was worse news for two firms closely involved with Sky.  The European satellite operators SES and Eutelsat will soon not be wanted by the firm anymore.  Sky, which started as a direct-to-home broadcaster using communications capacity leased from these firms has effectively announced that it is to end using satellites for its services.  When the transition is completed – no final date for the use of dishes has yet been announced – Sky service customers will thus instead have to use broadband on-line systems, ideally via fibre optic cable.  Its full set of channels and on demand services are to be made available via this method in 2019, with viewers in Italy and Austria having this later this year.

Comment by David Todd:  Sky – or rather BSkyB which it became after taking over a rival satellite broadcaster, both figuratively and actually speaking changed the British landscape as satellite dishes sprang up on buildings all over the UK.  Initially derided as “council house TV” in that its subscription pay-TV service was initially designed to appeal to the “working classes” via its menu of live football (soccer) matches and up-to-date movies, the firm has since moved to take over other sports using the power of its financial resources which has attracted a more up market clientele. This move was controversial in that the firm has used its financial muscle to buy access to these sports (cricket, rugby, golf, boxing, Formula One motor racing etc) from their governing bodies, thus denying the public access to these previously free televised sporting events unless they were willing to pay. The strategy was very successful, and Sky has now become a 10 billion pound revenue per year business.

Nevertheless, Sky’s market dominance was eventually itself threatened. Other pay-tv subscription firms such as BT (the former British Telecom) have attempted to make inroads into its football coverage. Meanwhile, Its film and television channels now face serious competition by online on demand services such as Netflix. These are partly the reasons why the firm is itself moving to an online environment as it sees on demand services as the future of screen entertainment.  Its recent 4.7% increase in revenues (u pto £4.7 billion) for the six month period ending in December were attributed to take up of its NOW TV pay-as-you-go service.