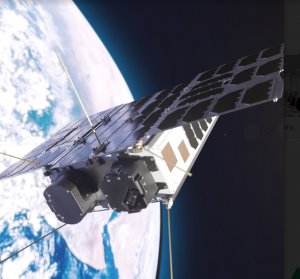 The BROS system’s Birkeland and Huygens satellites will both be based on NanoAvionics’ M6P nanosatellite bus with a deployable solar panel configuration, high precision attitude determination and control system (ADCS) and a propulsion system. The mass of each 6U nanosatellite will be up to 10 kilograms. The launch of the two nanosatellites is scheduled for the second quarter of 2022 when they will be placed into a polar low Earth orbit (LEO) with an altitude range of 450 to 600 km. Both will be positioned in the same orbital plane with a separation of 15-25 km, allowing the two nanosatellites to simultaneously detect emissions from radar systems. For a polar LEO orbit of 600 km altitude, the payload antenna will be able to cover any point on the Earth’s surface at least four times per day.