NASA has new administrator nominated by White House but will he do better than his predecessor Bolden?

After a long delay, given that President Trump’s inauguration was in January, he and his administration have finally plumped for a new Administrator for NASA: Jim Bridenstine – a Republican Party member of Congress.

Some space experts have reservations about Bridenstine’s nomination, preferring a space professional to a politician for the role. Likewise many of NASA’s scientists would ideally prefer a candidate who is less sceptical about “climate change”. Nevertheless others are wary of leaving the tiller of NASA unattended for much longer. Bridenstine’s appointment is expected to be confirmed by the US Senate.

Bridenstine is a former US Navy pilot with an MBA business qualification and a long-held interest in space. So he might prove to be the right man for the job. He replaces Major General Charles Bolden, himself a former US Marine pilot and astronaut. 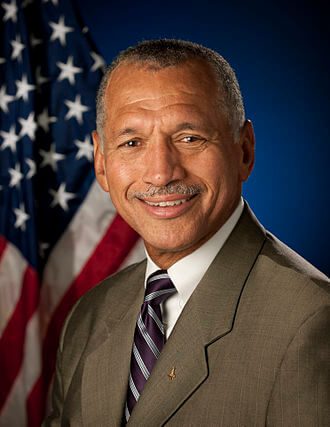 Bolden’s record as NASA’s Administrator was mixed. Having inherited President George W. Bush’s decision to end the Space Shuttle (for operating cost reasons rather than the officially described safety ones), followed by the cancellation of Project Constellation by President Obama after the Augustine Commission’s recommendations, Bolden then had to come up with an alternative exploration plan. He did so under pressure from the US Senate (and from US hero moonwalking astronauts Neil Armstrong and Gene Cernan) to build a “Shuttle-derived” heavy-lift launch vehicle, while maintaining funding for the commercial launch initiative: SpaceX, Orbital ATK etc.

The latter has worked out (so far) successfully for unmanned cargo missions, but many have reservations over the long delays and potential safety implications of the commercial manned missions to be operated by Bolden’s selections: SpaceX and Boeing. Although they were selected because they were likely to be the fastest to become operational, subsequent delays mean that, by the time they get fully under way, the International Space Station (ISS) may be on the point of being retired. As it was, Sierra Nevada’s Dream Chaser mini-shuttle was much the better longer-term design, albeit that it was thrown a lifeline via a commercial unmanned cargo contract.

Bolden’s choice of heavy-lift rocket, the SLS, was a similar example of picking the wrong horse. SLS is likely to be a good launch vehicle, but many wonder if it could have been done more cheaply and quickly using the Sidemount design, via a much easier transition from the Space Shuttle. The Sidemount design was officially spurned by Bolden over its lack of development potential and, more disingenuously, over crew safety concerns (NASA’s own studies disproved these). The fallacy of going for the much more expensive SLS inline design is becoming more obvious given that SLS is now likely to be just an interim rocket since new, much more powerful, commercial heavy-lift launch vehicles (from SpaceX and Blue Origin) are now in the offing. 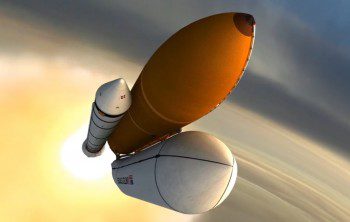 The one that got away: Sidemount. Courtesy: NASA

At least during Bolden’s tenure, NASA’s accounting standards were reformed with external auditors finally finding themselves able to pass the administration’s accounts. However, even though the figures were now right, it was NASA’s budget and capability limitations that caused Bolden the most problems – to the point that NASA had to pay Russia hundreds of millions of dollars each year to launch its space astronauts to an already expensive-to-run ISS. As such, NASA could only afford to build an exploration programme one bit at a time. SLS and Orion have been built (expensively), but now long-term habitation and landing vehicles are needed for human Moon exploration.

Bolden’s NASA Mars exploration plan was also too vague for some, especially with some bizarre ideas about asteroid redirect missions. It soon transpired these would only amount to recovery of a boulder…Bolden’s boulder. Not surprisingly, the suspect cost-benefit ratio of this mission was seen through by most space professionals and it was eventually cancelled.

In conclusion, while not everything that went wrong at NASA was his fault, Charles Bolden will never be regarded as a great NASA administrator. The truth is that in some instances he chose badly – albeit under external and internal pressures. Nevertheless, even with his erroneous decision-making, which probably cost NASA and the US taxpayer several extra billions, Bolden does at least leave NASA a legacy of some important hardware: the SLS and Orion space capsule for long range human exploration, long with a commercial crew launch capability for low Earth orbit human operations. These are key parts of the jigsaw needed for NASA’s space future. In this, Jim Bridenstine has, at least, something to measure up to.

What does THAT bill mean for NASA?

NASAWatch points to a NASASpaceflight.com forum posting it claims is made by a Senate commerce staffer. This blog made a Read more