On 27 May 2019, NASA selected the Dragonfly eight-rotor drone craft as a New Horizons mission to land on and make flights between points on Saturn’s moon Titan.  The mission is due to be launched in 2026, and, will arrive at Titan eight years later after making a series of Earth and Venus flybys.  The mission will use  radioisotope thermoelectric generator technology (RTG) to generate electricity, and will use batteries to store it.  The mission will explore the equatorial region of Titan and its Selk crater which may have the correct conditions for life to exist. Construction of the drone is expected to cost circa US$850 million. 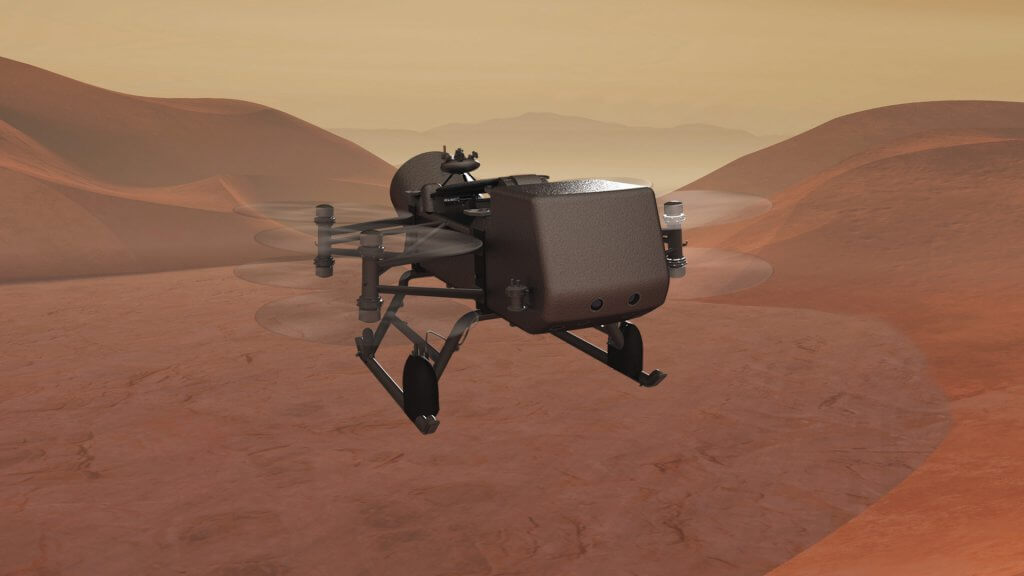