Having not got the US$5 billion he asked for his border wall with Mexico, US President Donald Trump blocked all budget funding for non-military and non-essential government departments causing a government shutdown since 22 December. This resulted in most US government workers being laid off including those at NASA.  As he watched his popularity wain during five-week US Government shutdown – even on his own Republican side – Trump caved in. An interim deal allows “furloughed” US Government workers to go back to work. And for those essential government workers who had been working all this time with no pay – they will get what is owed to them. These include NASA mission control operatives who had been turning out for work despite getting no salary.  However, this new agreement is only temporary and lasts three weeks, ending on 15 February.  President Trump is still demanding funding for his wall and is threatening to call a national emergency to allow this funding.

Comment by David Todd:  Donald Trump did promise a wall as part of his Presidential election manifesto, however, he originally said that it would be funded by Mexico.  Of course, Mexico would have none of that – and nor would the Democrats. While US President Donald Trump then tried to use the non-payment of the Government workforce to force US government funding for his US-Mexico border wall. Nevertheless the Democrat side would still not be moved.  Even the US Senate, with its slight Republican majority, also rejected the measure.  Unless President Trump backs down completely – this temporary three week return aside – there are prospects for another shutdown – or even a constitutional crisis if President Trump does attempt to take executive powers via the declaration of a “National Emergency”. 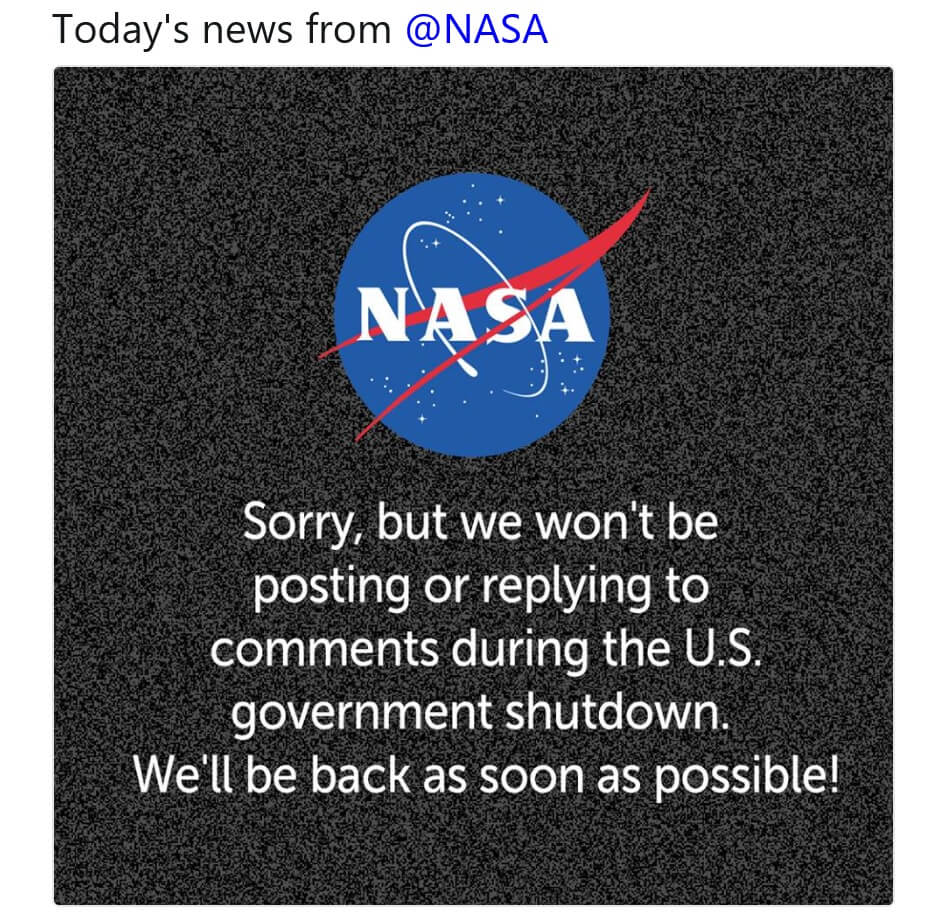 Analysis: Launch shutdown caused by US Government shutdown was caused in turn by Trump’s divisiveness

The four-day US government shutdown, caused by the Democratic Party and some Republicans refusing to sanction funding because of a Read more