Launching at 1400 GMT, on 2 November 2019, from the Mid-Atlantic Regional Spaceport (MARS), Virginia, a top off an Antares 230+ rocket was the Cygnus NG-12 mission. Cygnus NG-12 is a commercial resupply mission to the ISS (International Space Station) contracted to Northrop Grumman Innovation Systems (NGIS) – formerly Orbital ATK. The  cargo craft was placed into Low Earth Orbit (LEO) in order for it to travel to the ISS. On-board the CYGNUS freighter is 3,729 kg of cargo, including 14 CubeSats and one small satellite.

As with all Cygnus freighters this craft was named after a former NASA astronaut, in this instance Alan Bean – the fourth person to walk on the moon.

This mission marks the first launch for NGIS of the second-round CRS2 (Commercial Resupply Services 2) contract with NASA. Additionally, the company is debuting an upgraded Antares 200 rocket in the form of the Antares 230+ variant. The main modifications made to the rocket consist of lightening both the first- and second-stages whilst also managing to strengthen the first-stage. The results of these modifications have enabled NGIS to use more throttle on lift-off and an improved trajectory ultimately placing more mass into orbit. 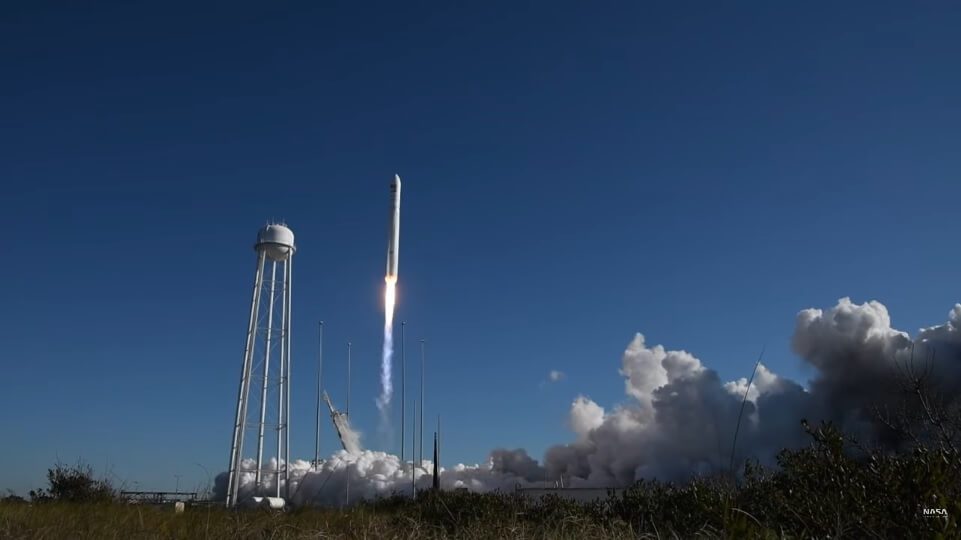 Of the 15 co-payloads on the mission, 12 are being launched with the assistance of launch services provider NanoRacks LLC. Seven of the CubeSats are stowed in the an external deployer attached to the CYGNUS freighter. These will seperate from the freighter near the end of its mission after it has departed the ISS. The other five NanoRacks satellites will be unloaded onto the ISS by the crew for later deployment out of the Japanese Kibo module. This is also the same fate as the remaining three satellites: two CubeSats from the US Air Force Space and Missile Systems Center (SMC), and the one small satellite, STPSAT 4, for the US Air Force Research Laboratory (AFRL).

Update on 07/11/2019: Following its launch on 2 November, the CYGNUS freighter was “captured” by the Canadarm 2 on the ISS on 4 November. The capture took place at 0811 GMT, and was followed by full berthing with the station at 1121 GMT.

The Japanese HTV-8 cargo ship, with rubbish and discarded batteries aboard, had perviously departed the ISS at 1622 GMT on 1 November.  After making decelerating engine burns, it re-entered to a safe burn up over the South Pacific at circa 0209 on 3 November with any remnants splashing into the sea about 11 minutes after that. 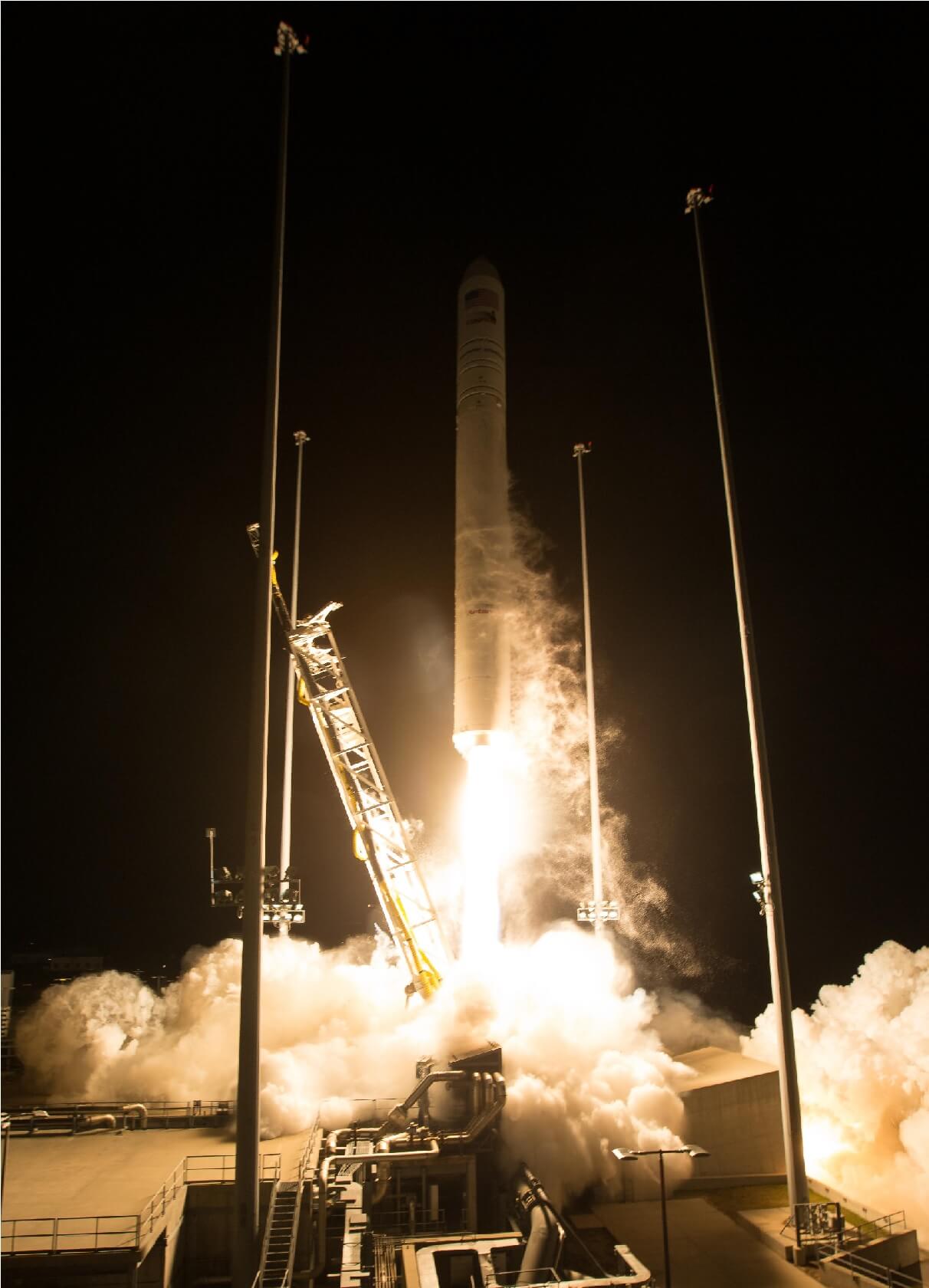 Following a two-day delay the first Cygnus freighter, Cygnus NG-10, was launched on its way to the International Space Station (ISS) Read more