In between announcing tax cuts and making jokey puns in his budget address (which he just might get away with if either stimulate economic growth), Philip Hammond, the UK’s Chancellor of the Exchequer (finance minister) also announced that he is banning any more Private Finance Initiative (PFI) deals from being signed given that they are now regarded as being very poor value to the tax payer. The remaining PFI agreements will be left to work themselves out – albeit that this may take decades.

In the late 1990s it was realised that the UK needed to build much needed assets and infrastructure such as schools and hospitals quickly to keep up with demand. The idea of PFI contracts was that, in a kind of public-private partnership, these would transfer a major portion the financial risk in building these assets to the private sector in return for a higher profit, and also while helpfully keeping the debt off the government books.

Introduced by John Major’s Conservative government of the 1990s, it was the subsequent Labour administrations led by Tony Blair and Gordon Brown which really made great use of PFI contracts. In effect a PFI deal meant that the asset – usually a hospital or school or even satellites – would be built and owned by the private company, which would then own them rent them back to the government authority concerned via long term lease agreements. The problem was that many of deals also included service and maintenance agreements which were very poor value (horror stories in the press included service companies being free to charge hundreds of pounds via their PFI contract just to change a light bulb) – and whose service often declined as the PFI contracts were sold on to others. These PFI deals worked out as being much more expensive than conventional financing, once their long term nature and all the costly service agreements were considered. Meanwhile draconian penalty clauses meant that the government side could not afford to break the deals and will thus be locked in to existing PFI deals for decades to come. 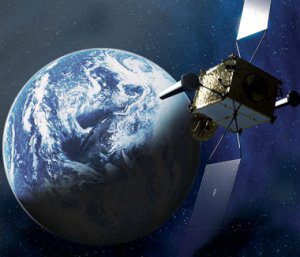 So there will be no upfront money supplied by PFI financing for the UK military’s Skynet’s replacement communications satellites even though the original Skynet 5 PFI deal was one of the few that worked out to the benefit of the government side. These satellites were originally owned by Paradigm Secure Communications – a spin-off of Astrium which is now the satellite operating arm of Airbus DS. When the contract runs out their ownership is transferred to the UK Ministry of Defence (UK MOD).

While the Skynet 6A has been ordered as a gap-filler via conventional financing, the UK’s ministry of Defence is keen to get on with procurement of a new set of communications satellites for operation in GEO as the four remaining Skynet 5 satellites are getting long in the tooth.  And it will be up to financing from the Treasury to allow them to do so.

Comment by David Todd: About the only PFI deal that worked out was the Paradigm Skynet deal with the UK MOD  – albeit that the risk element (e.g. the cost of replacing the loss of a satellite due a launch failure or satellite anomalies) was never really tested.  Most PFI deals were rotten from the day they were created – mainly as a result of the contract wordings being heavily biased in favour of the private sector side. Many of us who warned about them at the time were just ignored. Worst of all is how the PFI and connected servicing contracts have now been sold on – at a great profit – by their original owners who are thus free of their responsibilities as they count their cash. The villains of the piece include many of the major building companies within the UK. The result of PFI will be that the UK taxpayer will have to continue to pay top dollar for declining assets for decades to come. Poor show Messrs. Major, Blair and especially Brown!

P.S. Revisionist history can rewrite reputations – both ways. Gordon Brown’s previously good reputation as being an astute Chancellor/finance minister has now completely disappeared. His overuse of poor value PFI contracts, his ruinous raid on company pension dividends, his infamous sale of the UK’s gold stocks at what was the lowest price for decades, and his lax attitude to financial regulation – partly the cause of the banking disaster of 2008 – all conspire to make his time as Chancellor look very bad indeed.  And yet, not all may be lost for him. Gordon Brown, of course, moved on to be Prime Minister, a role in which he was not rated at the time and from which he was subsequently voted out. Nevertheless, his reputation as a Prime Minister is now being rapidly reassessed. It is now accepted that during the banking crisis of 2008, he and his team partially made fast and decisive wise actions which successfully shored up the financial sector, thus preventing the entire system from collapsing into a meltdown, possibly even saving capitalism itself in the process.

In the same way, while Theresa May’s time as the current UK Prime Minister may nearly be up given the current Brexit impasse, her reputation in this role may yet be recovered over time. Mind you, recent crime statistics suggest that her previous long time as Home Secretary will not be viewed benignly.Given the rapidly rising crime rate in the UK, her treasury-pleasing policy of cutting police numbers now appears to have been a serious blunder.