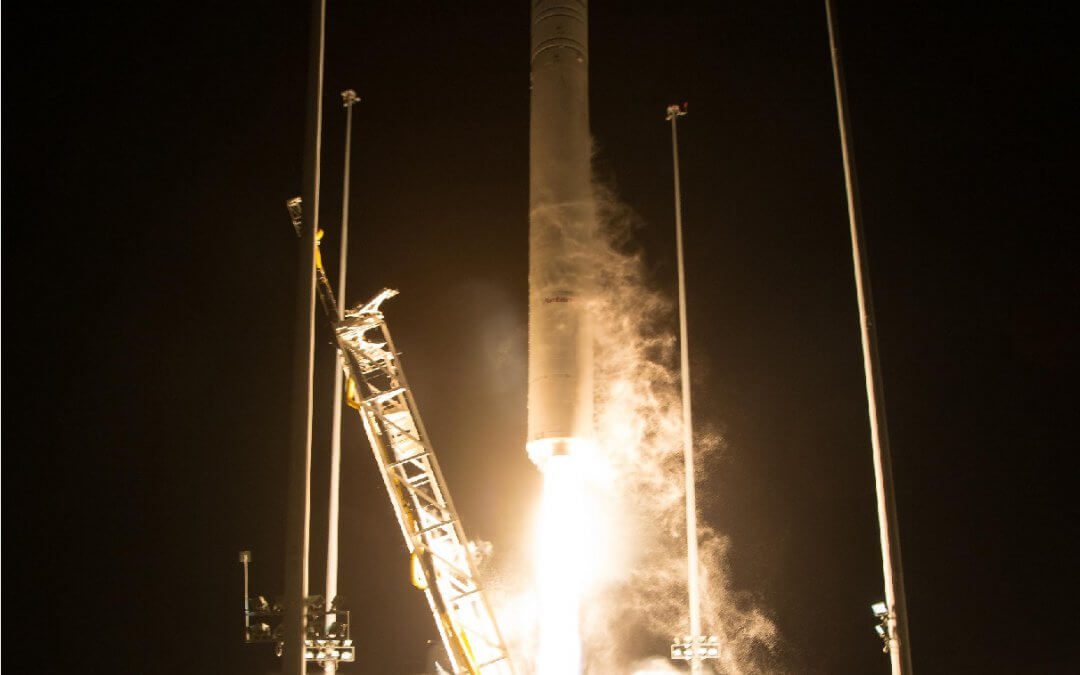 Following a two-day delay the first Cygnus freighter, Cygnus NG-10, was launched on its way to the International Space Station (ISS) at 0901 GMT on 17 November 2018. The Cygnus was launched by another now Northrop product, an Antares 230 rocket – powered by two Russian RD-181 engines. The mission under its new NG-10 designation in its new firm’s colours (following Northrop Grumman’s acquisition of Orbital ATK) was also named after the laste NASA astronaut, John Young.

The Cygnus NG-10 cargo spacecraft arrived at the ISS on 19 November, entering the 200 m keep out sphere at 0925 GMT. The Canadarm-2 robot arm grappled it at 1028 GMT (the formal docking time) and berthed it at the nadir port of the Unity module at 1232 GMT on the same day. 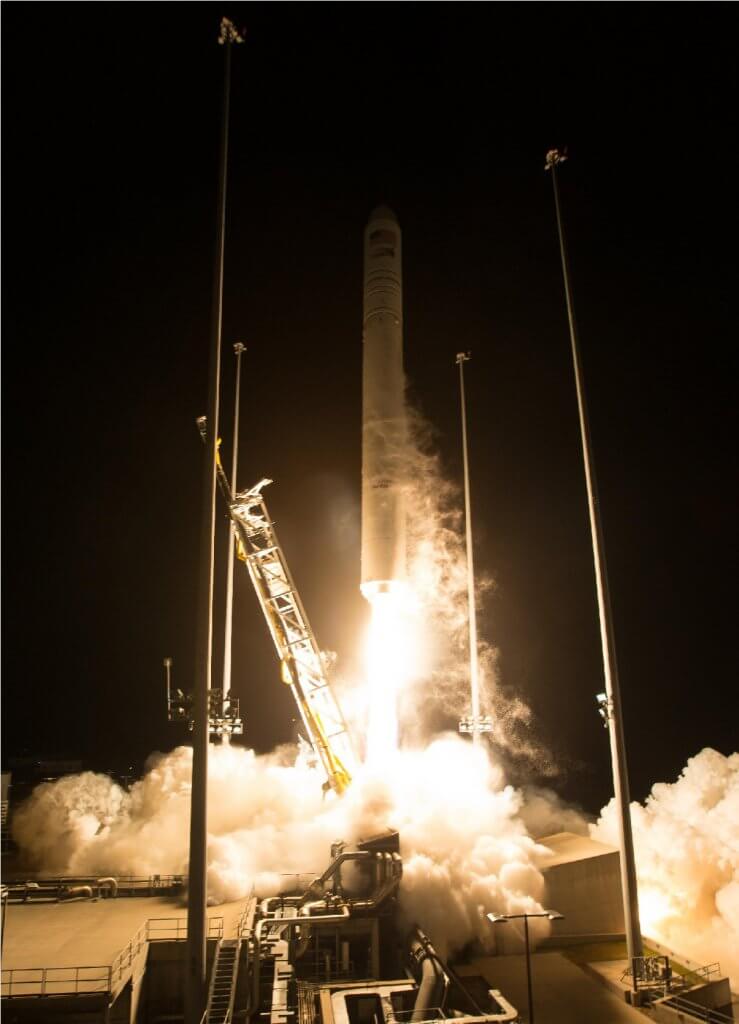 The Antares rocket lifts-off from the MARS at Wallops Island carrying the Cygnus freighter. Courtesy of NASA

The NG-10 mission was originally planned to carry several CubeSats to the ISS: three installed into an external deployer supplied by NanoRacks, with the others being transported within the Cygnus craft for later deployment from the ISS. This plan changed following the Soyuz MS-10 launch failure in October, resulting in fewer than expected inhabitants of the ISS. The result of this staff shortage is that the several CubeSats expected to be transported internally to the ISS have been removed from this flight and manifested on subsequent ISS resupply missions.

The three CubeSats in the external deployer have remained part of the mission. MYSAT-1, carrying an Earth Observation payload and built in the United Arab Emirates, along with CHEFSAT-2, a follow-on to the previously launched CHEFSAT mission by the US Naval Research Laboratory, are planned to be deployed above the ISS near the end of the Cygnus mission. KICKSAT 2, a NASA sponsored follow-on mission from Stanford University designed to test the limits of technology miniaturisation will be deployed below the ISS before atmospheric re-entry.