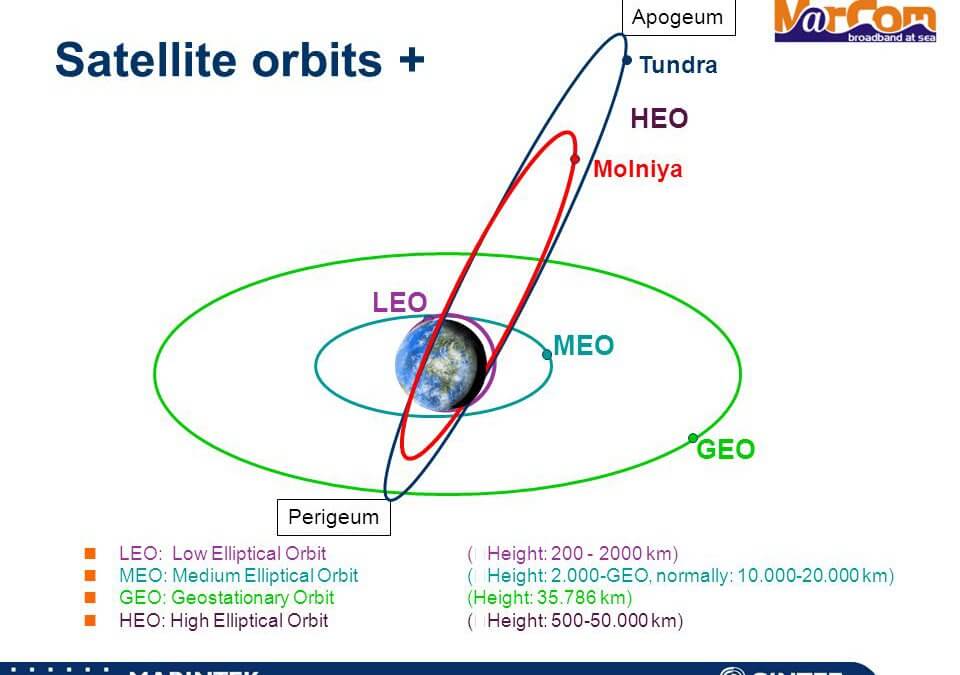 Northrop Grumman has been awarded a two-satellite construction order as part of the Arctic Satellite Broadband Mission (ASBM).by Norway’s state-run firm Space Norway which is offering communications payloads on board the satellites for Norwegian Ministry of Defense, the US Air Force, as well as a leased commercial one for Inmarsat.   Both 2,000 kg mass 6kW power satellites will use the GEOStar-3 bus/platform design and will launched on a booked single Falcon 9 launch vehicle in late 2022.  The satellites will be launched into a Molniya/Tundra-style highly ellptical, highly inclined orbit which the Soviet Union and Russia have long used.  These long period orbits, allow at least one of the satellites’ communications “footprints” to reach the polar regions at any time which geostationary satellite communication footprints normally cannot reach from their near zero inclination orbital planes.

Each of the two ASBM satellites will carry an X-band communications payload for the Norwegian Ministry of Defence. Northrop Grumman will also provide an EHF (Extremely High Frequency) band payload for the US Air Force (to be used in conjunction with the Wideband Glogal Satcom system as part of Enhanced Polar System-Recapitalization (EPS-R) programme).   Space News reports that Space Norway will supply  Ka-band payloads (one on each satellite)  which ill be leased to Inmarsat for commercial civilian use as part of its Global Xpress offering (the payloads have been dubbed GX-10A and GX-10B). The ground station operator KSAT which is 50 per cent owned by Space Norway will build four new ground antennas for the operation.

ommunications satellites in Molniya and Tundra orbits can reach the parts that other orbits cannot reach. Courtesy: Marcom/Marintek/Sintef