On a lighter note: Defying gravitas…or is that gravity?

Kim Campbell, the former Canadian Prime Minister, has moaned about the double standards involving male and female presenters on television. In doing so via a Tweet, she used the danger word “gravitas”. “I am struck by how many women on television news wear sleeveless dresses – often when sitting with suited men. I have always felt it was demeaning to the women and this suggests that I am right. Bare arms undermine credibility and gravitas”,  she wrote.

Ms Campbell might be right – even if the logical corollary of this is that we all have to walk around in full business suits, which might be taking puritanism too far.

That said, if presenters of either sex choose to bare parts of their bodies, they should realise that lads and lasses in the audience will look at them! Better make sure that they are nicely toned as, sadly, the body fascists out there will also see it as their right to pass comment on social media – especially if gravity rather than gravitas has turned your arms into the traditional “bingo wings”.

By the way, “Gravitas” seems to be word of the month. SpaceX supremo Elon Musk has called his new drone landing ship, now under construction, A Shortfall of Gravitas. There is not thought to be any connection between the two announcements.

Well the dictionary definition is here:

Elon Musk’s other drone landing ships are famously called Of Course I Still Love You (possibly thought up as Elon looked in the mirror) and Just Read the Instructions. The former is currently employed for reusable stage landings in the Atlantic during Cape Canaveral/Kennedy Space Centre launches, and the latter for Vandenberg landing operations in the Pacific. 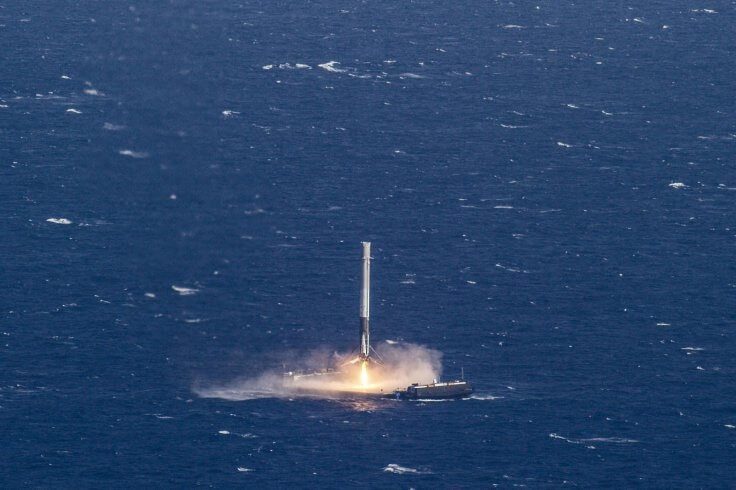 Actually, that last quip is a little unfair on Elon. All SpaceX’s drone ship names are taken from the list of ship names in the Culture science fiction books, written by Iain Banks. Banks’s full ship name was Experiencing A Significant Gravitas Shortfall.

Musk will never use the last, of course, in case if he ever calls the name out, and his employees think he is giving them an order! Then again, it could be modified slightly…for instance, Kiss My Gravitas just might work.