On a lighter note: ISS module conundrum when a crime takes place

The “first ever space crime” may have been committed by astronaut Anne McClean, who is accused of using the International Space Station’s (ISS) Wi-Fi to access illegally the bank account of her estranged female spouse Summer Worden. However, in this case there is some debate about whose law should apply.

While some legal opinion suggests it is the astronaut’s nationality that defines this, others argus that it is the nationality of the ISS module, where the alleged crime was committed, that should take precedence. Thus, a bit like Cluedo, it is important to identify which room, or rather which ISS module, is the “scene of the crime” to find out which jurisdiction should apply, whether a candlestick was used or not. 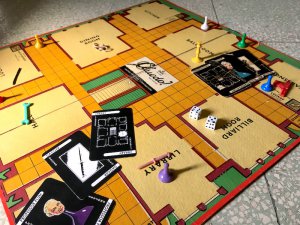 To win at the Cluedo board game you need to discover the perpetrator (e.g. Professor Plum), the weapon (e.g the candlestick), and the scene/room of the crime (e.g. the library). Courtesy: https://therealsaumil.github.io/cluedo-game/

As we have had fun noting previously (this amusement is reusable and keeps on giving), had a murder been committed on the Japanese Experimental Module (JEM) on a deep space mission then Japanese law would probably apply. The Japanese sentence for first degree murder is execution by hanging. Tricky to do in zero gravity.