While Elon Musk has stated that his primary loves are his sons – he does have other loves.  Apart from various beautiful women – it is a truth universally acknowledged, that a single man in possession of a billion dollars, must be in want of a wife (apologies to Jane Austen) –  Elon is obviously primarily enthused by spaceflight, and in getting to Mars via his SpaceX firm.  In addition to his spaceflight obsession, however, he also loves revolutionary cars, as shown mainly via his interest in the electric car manufacturer Tesla, but also exemplified by his acquisition of James Bond’s Lotus Esprit “submarine” car from The Spy who Loved Me (1977).

If only there was a way to combine his interests?  Well now there is. Elon Musk is to launch of one of his Tesla sports cars into space on the first flight of the Falcon Heavy in January 2018.

In a Twitter statement announcing the payload Musk originally said: “Payload will be my midnight cherry Tesla Roadster playing Space Oddity. Destination is Mars orbit. Will be in deep space for a billion years or so if it doesn’t blow up on ascent.”

In fact, the car will not be heading to Mars itself, but will be put on a heliocentric equivalent transfer orbit to Mars. With retrieval being very difficult and a very high mileage – about 100 million miles initially –  this might make it hard for Musk to resell it.

Of course, comparisons have been made between spacecraft and sports cars before. In the mid 1960s NASA astronauts described orbiting in their Gemini spacecraft (the forerunner to Apollo) as being like living in a small sports car for two weeks. Perhaps Musk should prove the theory and take along his buddy, US President Donald Trump, for a ride. (The pair since have made up after a disagreement over Trump’s withdrawal from the Paris Climate Change accord.)

And if they could end this sports car buddy movie with a “Thelma and Louise-style” planetary impact – even better!

Then again, they could make a more positive space use out of the vehicle. 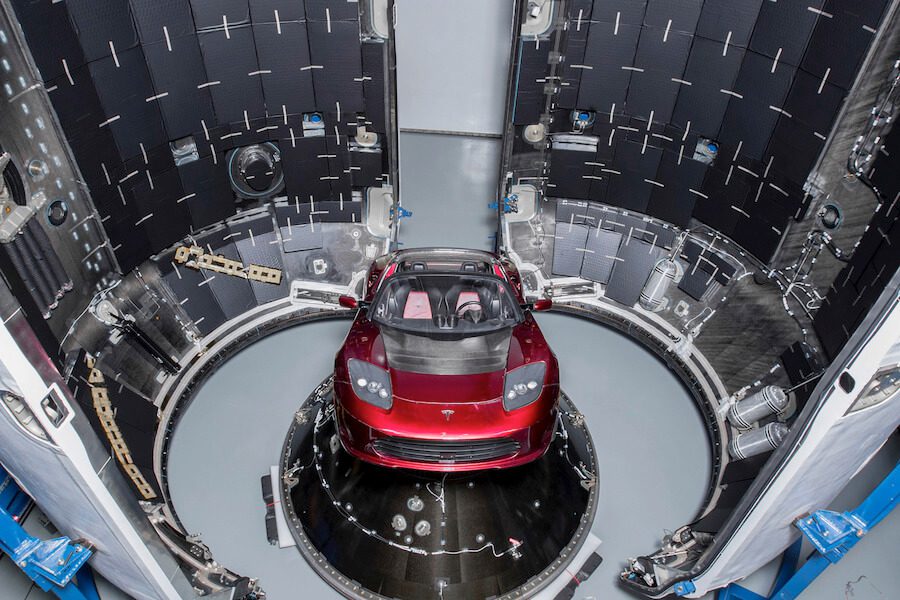 The Tesla Roadster being loaded onto its launch adapter. courtesy: SpaceX

Now that President Trump has committed the US to return to the Moon, perhaps he and Elon should instead go for a drive on the lunar surface where the Tesla’s electric motor would make it an ideal runabout. Of course, if it was an official NASA mission using a privately owned car, the pair could charge the US taxpayer for “mileage” expenses.

Lunar astronauts Neil Armstrong and Buzz Aldrin noted that the were tempted to charge for their whole 500,000 round trip journey after their Apollo 11 trip in 1969. In the event, they only charged for their mileage on Earth.

Buzz Aldrin claimed for the 56 miles he covered in his own automobile to the Houston air station to catch a flight to the Cape Kennedy (now Kennedy Space Center) launch site. That said, his whole Apollo 11 round-trip from Earth to the Moon and back, via a splashdown in the Pacific, had to be fully listed for reference – see below. 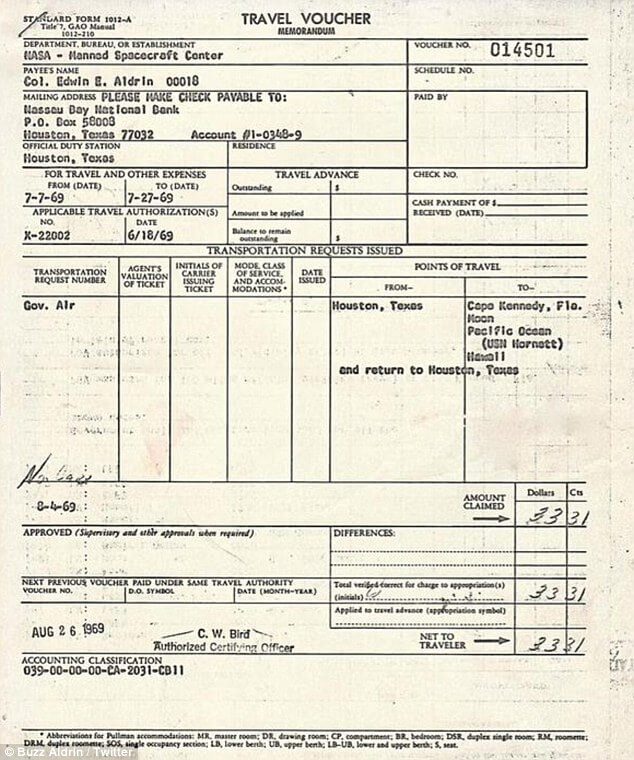