On a lighter note: NASA may offer advertising on its missions but there are embarrassment risks

She might be an accomplished businesswoman in her own right and one of his most trusted advisers, but to US President Donald Trump, Ivanka Trump will always just be the apple of his eye. For Ivanka is his daughter. So after she made it clear, in a September phone call from the NASA Johnson Space Centre to astronauts on the International Space Station that her “dream job” was to be an astronaut, perhaps daddy dearest might be able to arrange something. 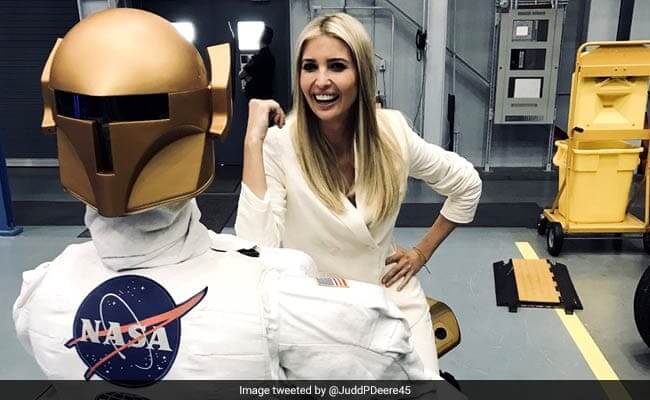 Ivanka Trump on her visit to the NASA Johnson Space Center. Ivanka may be sired by one, but can a US President make her astronaut? Courtesy: Judd Deere/Twitter

However, back on Earth something a little more commercially Trump-like has been happening at NASA. In the past it has taken an infamously hard line on preventing the use of its logo in advertising and commercial activities, making it a federal offence to do so. But the Washington Post has reported that NASA’s new administrator, Jim Bridenstine, is now openly considering carrying commercial advertising and sponsorship on its missions and has formed a committee to examine the issue.

Television companies have long carried advertising and programme sponsorship even for those programmes covering major space events. It is still somewhat bizarre to watch recordings of the CBS launch and landing coverage of the 1969 Apollo 11 lunar landing, which was bizarrely announced by veteran presenter Walter Cronkite as being sponsored by a Kellogg’s morning cereal (mind you, they were supplying the astronauts as well).

Of course, NASA should realise that products being advertised by such sponsorships can be a tad embarrassing. For example, players at German football club FC Nurberg found the clothes brand “Mister Lady” not so proudly printed on their shirts. On a different tack, the Voukefala football team in Greece was famously sponsored by the local Soula Brothel. The agreement was said to be “strictly economical”, according to Giannis Batziolas, president of the financially struggling football club. Perhaps the players got cost-saving discounts.

Other embarrassing ones include the London Rubber Company officially sponsoring the London Olympics 2012 with its Durex condom range. Durex was famously also plastered all over a Surtees Formula One racing car in the 1970s, prompting many an embarrassing question by children (including this then very young correspondent) watching the races on TV with their parents. 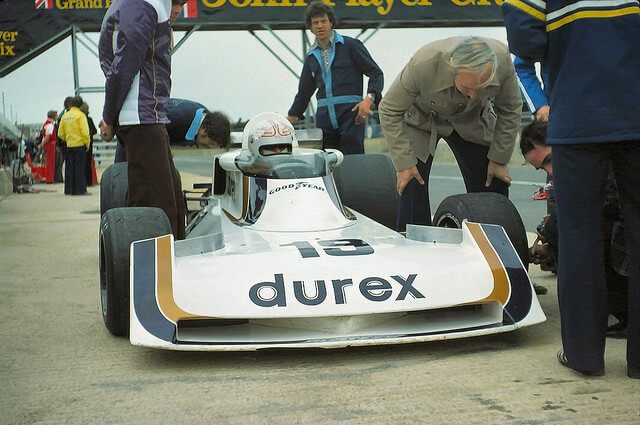 In similar vein, motor racing NASCAR driver Mark Martin had his driving suit covered in a design for the erectile disfunction drug Viagra. Sometimes advertisers are deliberately obtuse in placing amusing advertising and sponsorships. It is entirely conceivable that NASA launch vehicles might have Viagra plastered up their side as a rather obvious metaphor.

Thus, in the same way that King Herod would never be allowed to sponsor a baby-sitting firm, or that SpaceX and Tesla supremo Elon Musk or even President Trump might be barred from sponsoring Twitter, so there are some products and firms that NASA will probably never let become sponsors – even though they may have been used on NASA space missions before.

For example, depressed at the prospect of using the then rudimentary faecal bag arrangements, some Apollo astronauts deliberately dosed themselves up with the anti-diarrhea/anti-dysentry treatment Imodium, so that they would not have to go during their entire week-long mission. If ever Imodium makes a sponsorship request to NASA’s commercial executives, perhaps they should remember the old joke: “What is the difference between dysentery and depression? With depression the bottom falls out of your world…with dysentery the world…” Well, the rest writes itself.

Given that Seradata’s SpaceTrak database is used by the world’s space agencies with no embarrassing manifestations – physical or otherwise – we thus here formally offer a full fifty dollars to put Seradata’s name on the side of NASA’s new SLS heavy-lifting rocket on its maiden flight, and we assume that our sponsorship bid will be given full and fair consideration by the administration.