Hurricane Ophelia and its remnant storm may have tragically killed three as it caused extensive damage in the Republic of Ireland, however, as it tracked northwards (as imaged by NOAA’s and NASA’s spacecraft) it caused relatively little damage to mainland Britain. That is not to say that the “glancing blow” had no effect on the British psyche. As it turned the sky an orangey red, it caused a general fearful quiver of the famous British stiff upper lip.

The hurricane had drawn up dust from Saharan desert of Africa and ash from the Iberian forest fire to turn the sky over the UK first to yellow and then to a more orangey red. Several reports on social media suggested a kind of panic had set in at the thought that the reddening sky might be a portent of the end of the world. As a result, several newspaper commentators mourned the lack of the nation’s legendary cheery stoicism and fighting spirit that was so famously on display during two World Wars.

Of course, orangey-red skies don’t traditionally mean doom and apocalypse…just that a bit of good or bad weather might be on the way – red sky at night, shepherds’ delight, red sky in the morning, sailors’ are warning, and all that. Of course, a red sky at night could also mean that a city was on fire, as they found during the Great Fire of London in 1666 as well as during the Luftwaffe’s Blitz in 1940-41. A very stiff upper lip was needed then.

It does not help that many disaster movies use a reddening of the sky as a sign of imminent disaster. For example, a sepia-tone film colour change device was employed as a thermally induced “end of the world” message at the end of the classic British black-and-white disaster movie The Day the Earth Caught Fire (1960). Its plot had the Earth’s orbit and axis carelessly moved by two polar nuclear test explosions. 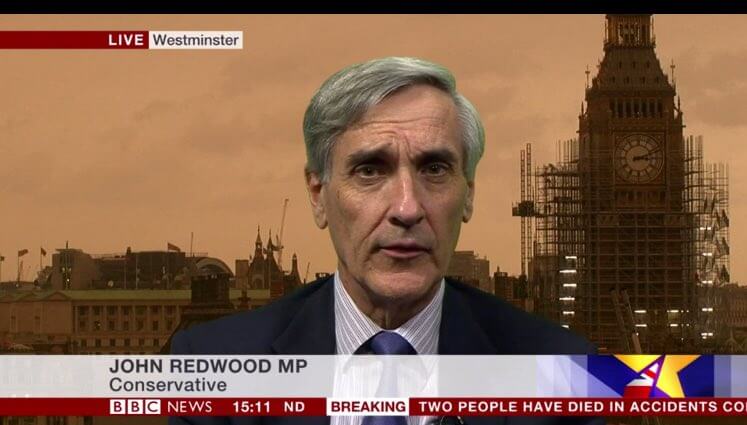 Nevertheless, Hurricane Ophelia has shown that the much-portrayed, imperturbable “keep a stiff upper lip” of the Brits does not really hold up in times of adversity any more…well at least not for this fretful flapper of a British correspondent, who is nothing like the “cool under fire” astronaut Neil Armstrong. Your correspondent actually holds more to the bastardised quote from Rudyard Kipling’s poem If which goes:

“If you can keep your head when all about you are losing theirs, then…you just don’t understand the seriousness of the situation.”

Mind you, having decried the British stiff upper lip as a myth, there is always a bit of truth about some national character traits that can, and should, be made fun of.

The comedy film Carry on up the Khyber (1967) made fun of the phlegmatic British stereotype. As his insurgent forces attack a British fort, while the incumbents nonchalantly (and amusingly) hold a dinner party, Kenneth Williams’ Khazi of Kalabar character famously declares: “I spit on their British phlegm!”

And as we make fun of ourselves, we also take our turn to make fun of other nations – within the bounds of good taste and non-racism, of course.

As the early 19th Century master of the romantic novel, Jane Austen, wrote into the speech of the father in Pride and Prejudice: “For what do we live, but to make sport for our neighbours, and laugh at them in our turn?”

However, if you give it out, you have to be able take it!  Presidents Trump, Putin and Kim Jong-un please take note.

Just to show that we Brits (English, Scottish, Welsh, Northern Irish et al) can take it on the chin (or chins in your correspondent’s case), here are some amusing examples on the internet of fun being made of the British nature.

One space-related sketch turns the script of a Star Trek TV episode into “Cockney Star Trek” – see here – although subtitles are probably needed for non-Londoners if they are going to have a giraffe (laugh).

Even better is the US Family Guy cartoon pretending to be British with all those staples of British character: overly polite upmarket types, along with salt-of-the-Earth ruffian cockneys – and all sporting our famously bad teeth. The best bit is the scene in which the crowd calls our beloved future King, His Royal Highness Prince Charles, a…well, a very naughty word indeed!  They really shouldn’t make fun of his hobbies like that. You have to see it here.

…Oh, by the way, bang goes the knighthood for this British writer!  And to make his now quivering upper lip just a little bit stiffer all he needs now is a lip version of Viagra.