On a lighter note: Some amusing “seasons greetings” from the rocket community

While this column has liked to make fun of the German accent, Germans are also famous for putting the verb at the end of their sentences – just like the Star Wars’ Yoda character. As such, Seradata could not resist putting this factor into its e-Christmas card this year. 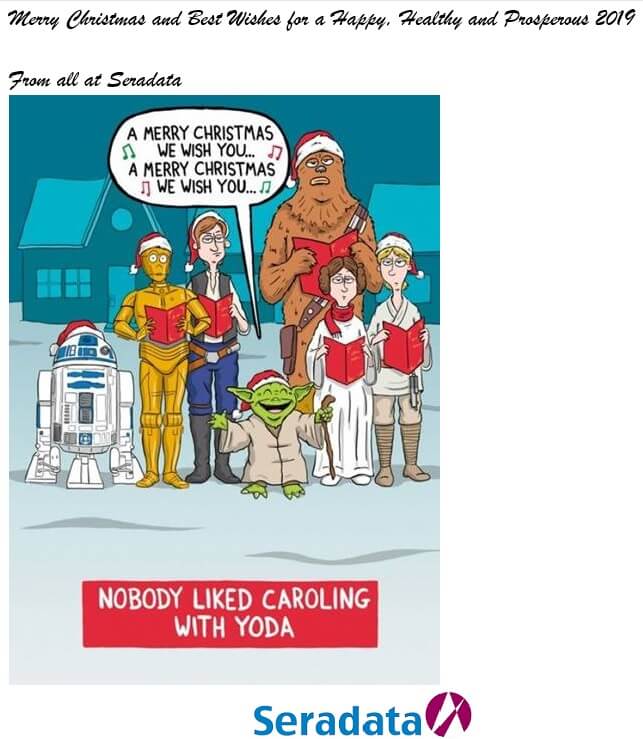 A card with season’s greetings from Yoda and Seradata. it was. Courtesy: Seradata

Thank goodness we can still send such greetings. A few years ago, some po-faced politically correct types thought that certain religious groups and minorities might object if they heard a Merry C-word – Christmas – being wished upon them. Of course, none of these groups really minded. Thankfully, this message has now got through to at least some of the PC purists who seemed intent on cancelling Christmas. Mind you, they should have realised that the spirit of Christmas will never die…the shopkeepers and the internet retailers will never let it!

That said, US firms prefer to play safe with “Seasons Greetings” and “Happy Holidays” etc on their cards and e-cards. Fortunately, especially with the rocket community, that’s no bar to humour.

The United Launch Alliance (ULA) sent out this amusing e-Christmas card (below) showing Santa’s sleigh after being re-engineered by them. Apart from its rocket power, it gets particularly high marks for its “CubeSat Gift Dispensers”.

Best stick with the reindeers if we were you. 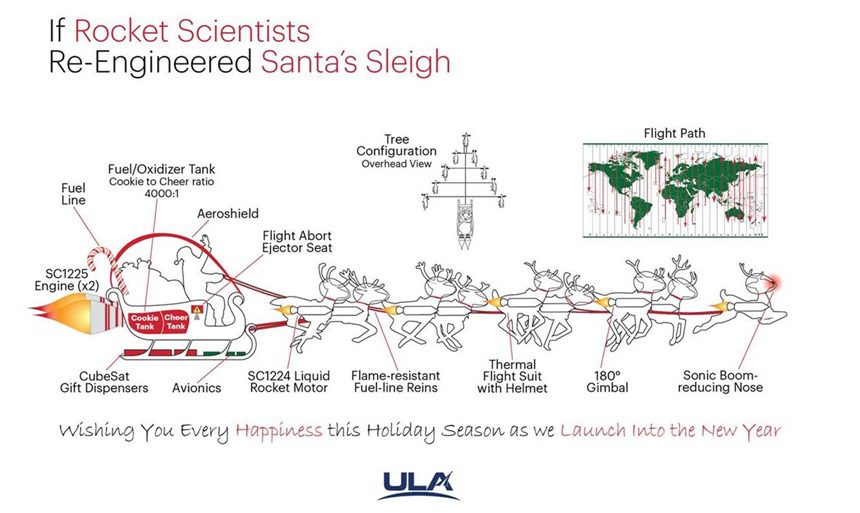