On a lighter note: Space Insurance broker reveals his embarrassment on TV

While space insurance executives can be an all too serious bunch, every now and again one of them turns up on TV to amuse us all. Long-time space insurance broker Roger Bathurst, who recently left Willis Towers Watson and the business, appeared on the television dating show “Blind Date” during its glory days when it was fronted by the late and much missed singer and TV star, Cilla Black. Despite Roger’s famous personal confidence, he was not picked as the date.

That little appearance was decades ago, so who has been up on TV since? Well, space underwriter and former space engineer and lecturer, David Wade of Atrium, sometimes appears as a “talking expert” to analyse whichever space launch or space event had become flavour of the day.

Less serious was the recent appearance of Marsh space insurance broker Simon Davies on the red chair section at the end of BBC TV’s Graham Norton interview show (New Year edition). On it various members of the public recount funny stories. If Graham and his studio guests don’t think it makes the cut, they pull a lever to eject the storyteller backwards off the chair. 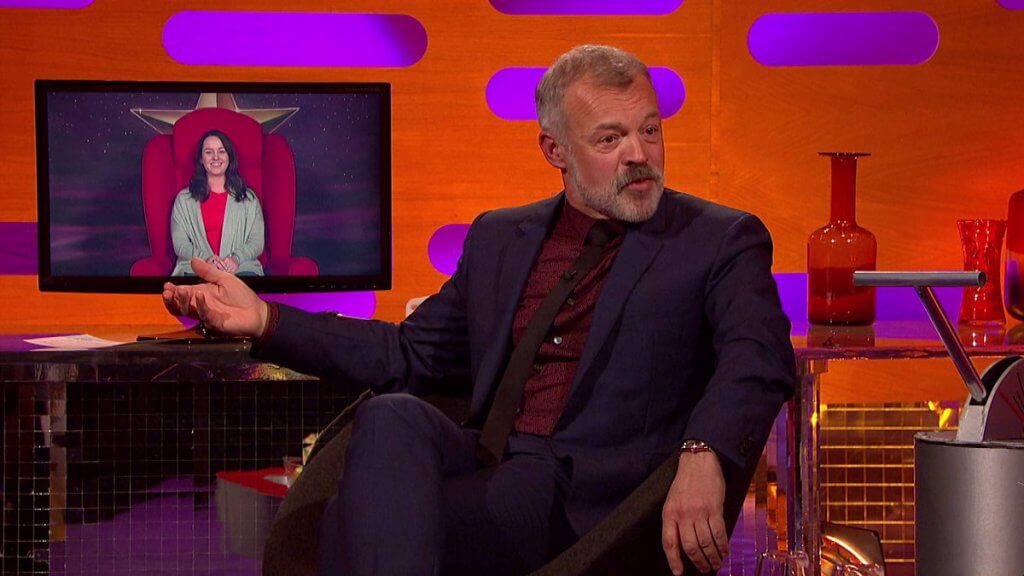 While Simon Davies usually has quite a serious countenance, albeit with a dry sense of humour hidden underneath, it is a tribute to him that he was prepared to share so publically an amusing tale about himself. Certain humourless world leaders would never risk being made fun of in this way.

The story went like this: Simon was in hospital for a small operation. After the operation he was laid up in bed and unable to move. His friends came to visit him and, as a joke, they decided to take pictures out of a (very) pornographic magazine – femmes (et hommes?) sans culottes etc. – and put them around his bed, just out of his reach. Having done so, and just as they were leaving, they rang his bell to summon the nurse, leaving poor Simon to explain a very embarrassing situation.

Needless to say, Graham Norton and his guests were amused enough not to eject him from the chair.